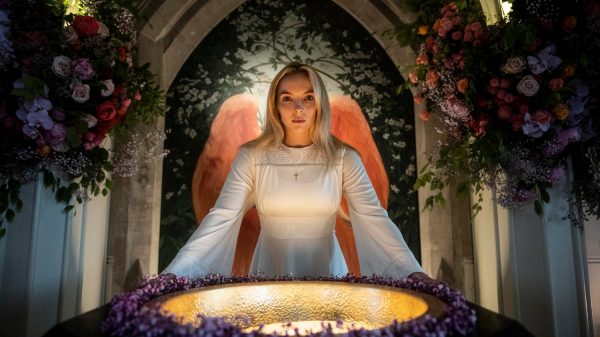 Ahead of its February premiere, a teaser trailer has been released for the fourth and final season of The BBC’s acclaimed spy thriller series Killing Eve; watch it here…

After the emotional climax of Season Three, Eve (Golden Globe® winner Sandra Oh), Villanelle (Emmy® Award winner Jodie Comer) and Carolyn (BAFTA winner Fiona Shaw) are in very different places. Following Eve and Villanelle’s exchange on the bridge, Eve is on a revenge mission, while Villanelle has found a brand-new community in an attempt to prove she’s not a “monster.” Having killed Paul, Carolyn goes to extraordinary lengths to continue to chase down The Twelve and the person that ordered Kenny’s hit. This season follows our extraordinary women, each driven by passion, revenge and obsession, building towards a messy, nuanced and totally glorious series finale.