Titan Comics has announced that Eisner Award-Winning writer Dan Slott (Spider-Man) is set to make his Doctor Who debut in 2022 with the first of three annual one-shot comics, beginning with an adventure featuring the Tenth Doctor and companion Martha Jones. 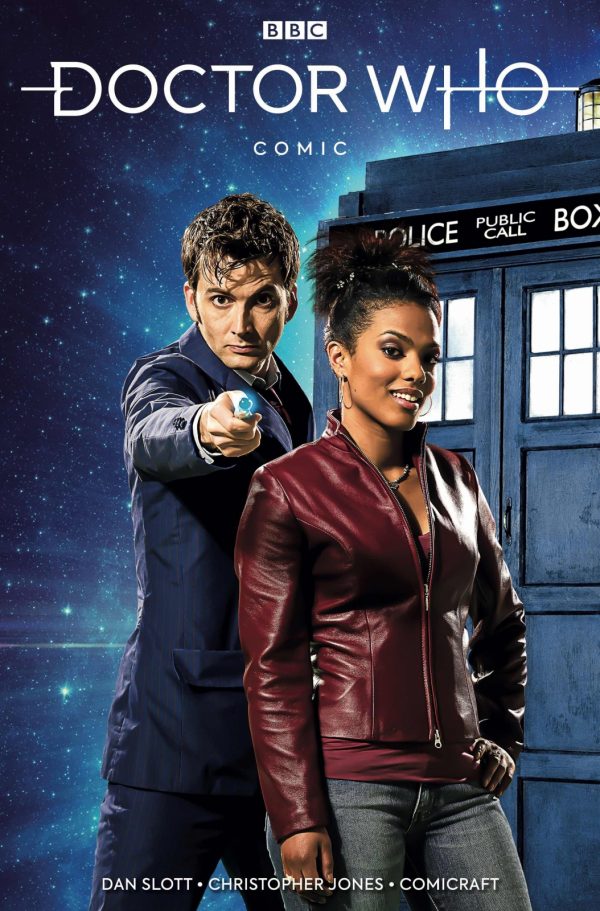 “One of the worst secrets in comics is that I am one of the world’s biggest Whovians!” says Dan. “I’ve been regularly watching Doctor Who since the Tom Baker years, and am deeply devoted to every incarnation of the show! I’ve been waiting to write stories for the Doctor my whole life! And I couldn’t be happier than getting a chance to tell an all-new tale of the Tenth Doctor – and to be doing this with Chris and all the fine folks at TITAN! Allons-Y!”

“I’m very excited to be working on this project with Dan – he’s a huge Who fan, and it shows,” adds Doctor Who Comics editor, Jake Devine. “This Doctor Who special exudes all of Dan’s creativity and love of storytelling, with a few surprises along the way!”

“We’re totally fired up that Dan is bringing his incredible knowledge and lifelong enthusiasm for Doctor Who to writing a story that will lead into a year long chapter for our favourite Time Lord,” state Titan Comics Publishers, Dr Vivian Cheung & Nick Landau.

Doctor Who Special 2022 from Dan Slott will “feature an epic story that sees companion Martha Jones captured by the insatiable Pyromeths, and her only hope for survival is to keep them distracted with sensational untold tales of the Tenth Doctor facing off against his greatest foes – both classic and new!”