Gravitas Ventures has released a poster and trailer for director Sean McNamara’s fantasy adventure The King’s Daughter. Based on Vonda N. McIntyre’s novel The Moon and the Sun, the film stars Pierce Brosnan as King Louis XIV, who on a quest for immortality, captures a mermaid in order to steal her life force; take a look here… 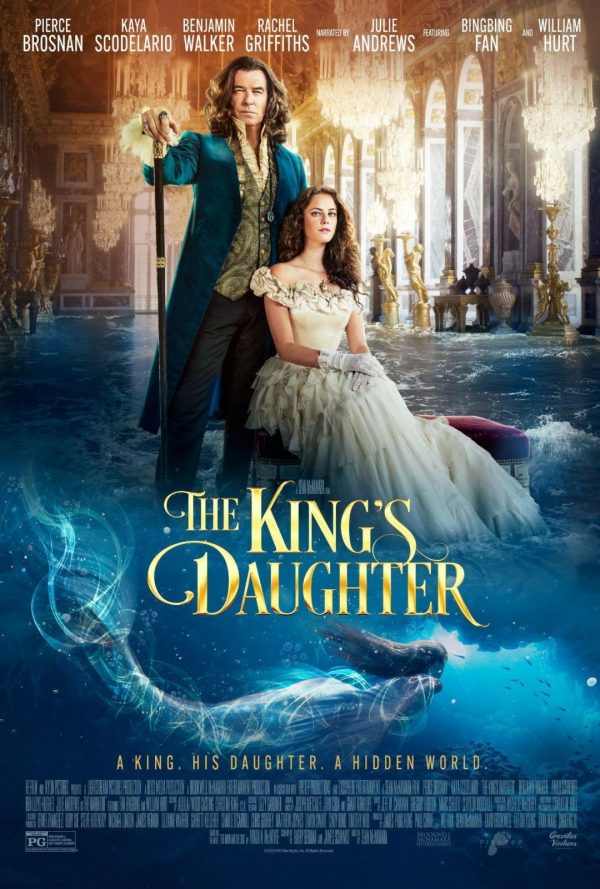 King Louis XIV’s (Pierce Brosnan) quest for immortality leads him to capture a mermaid’s (Bingbing Fan) life force, but his immovable will is challenged when his long-hidden illegitimate daughter (Kaya Scodelario) forms a bond with the magical creature.

Featuring in the cast of The King’s Daughter are Kaya Scodelario, Benjamin Walker, Rachel Griffiths, Bingbing Fan and William Hurt.

The King’s Daughter arrives in cinemas on January 21st.