The highly anticipated first part of Denis Villeneuve’s Dune adaptation arrives on 4K with a reference-quality presentation and a solid line-up of bonus features that could have dug a bit deeper. A Blu-ray platter and a code for a digital copy are included too. 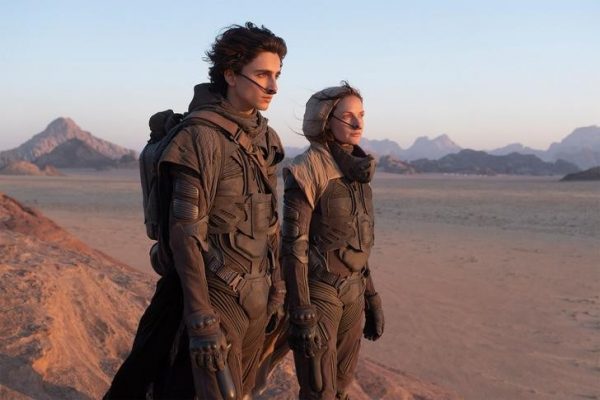 Denis Villeneuve’s version of Dune was one of the most anticipated films of the year for science-fiction fans, and for some, its release was like a magical holiday akin to a Star Wars movie. It can be hard to judge a film like this one, given all the build-up and the inevitable comparisons to the novel on which it’s based (which I read in high school, some 35 years ago), but my approach tends to be to just let the movie be what it wants to be and meet it where it is.

In the case of this film, I’ll admit I didn’t get a chance to see it in the theater, since my family is still being cautious during the pandemic, so my first viewing was on HBO Max. I was a bit bored by it, to be honest, but I think that had more to do with what was going on in my personal life, so I gave it another shot when this new 4K release arrived from Warner.

The second time around, I was able to really lean in and appreciate Villeneuve’s vision. Where David Lynch took a comic book-like approach to his 1984 version of the story, Villeneuve’s take on the material is more grounded in reality. Sure, the year 10,191 as presented in this film seems a bit low-tech by today’s standards (I imagine it felt very futuristic when Herbert’s novel was published in 1965), but it’s a rich world that feels like it could exist, much like George Lucas’s vision of a far, far away galaxy. Villeneuve made the wise choice of only covering roughly the first half of the novel in his film’s 156-minute running time. Otherwise, he would have fallen victim to the same trap Lynch fell into, where he spent a lot of time setting up the story world and the characters and then spent the back half of his film hurrying from one plot point to the next to cram everything in. You could quibble that Villeneuve overdoes the voice-overs and dream sequences, and I wouldn’t argue with you, but they’re a minor impediment to fully enjoying this film.

And as you might imagine, this 4K release is a reference-quality disc that will likely recreate the theatrical experience on high-end systems. The improvement over the streaming version I saw on HBO Max was noticeable: The Image quality is crisper and more nuanced, with plenty of little details in the costumes and the sets. Sure, this is a dour film, both in its story and in its environments, but it’s still beautiful to look at. Physical media may be dying, but hopefully home theater aficionados like us will keep it alive a while longer.

I compared the Blu-ray also included here against the 4K disc and found that the latter is more vibrant. For example, there’s a scene that opens with someone’s arm dangling over a chair in a darkened room (I won’t spoil what’s happening), and I found the Blu-ray to be too dark, whereas the 4K displayed little nuances in the shadows that I wouldn’t have seen otherwise. The bonus features in this set are geared more toward people who are new to the world of Dune, rather than ardent fans who want to dig into the nuances of the story. Hopefully Warner will put out an edition aimed at the latter, since I imagine there’s a lot of overlap between them and film fans who still buy physical discs.

In the meantime, here’s what you’ll find on the Blu-ray platter, since the 4K disc is reserved just for the film (as it should be, for maximum image quality). There’s a little over an hour’s worth of material here, although I’ll beat my usual drum and say that I wish it had been assembled into one long documentary, rather than sliced up like this. Villeneuve and much of the cast appear throughout these featurettes, and there’s plenty of behind-the-scenes footage to enjoy too.