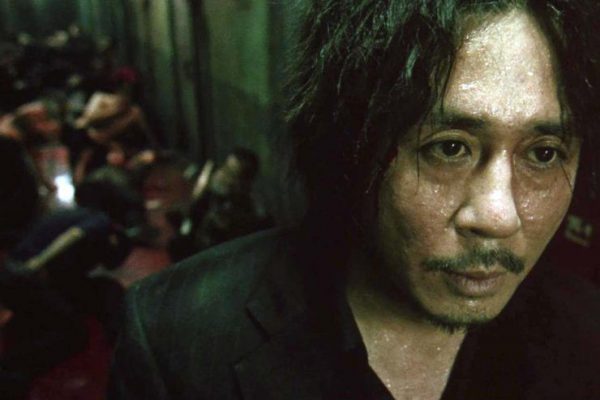 While Bong Joon-ho’s Parasite garnered global attention on its way to becoming the first non-English language film to win the Academy Award for Best Picture, Korean cinema has been crafting trend setting, ahead of the curve cinema for years and always comfortable to go to those places that a studio lead corporate American mentality may not want their pictures to go. Whether you’re hooked into Netflix or Amazon Prime, or wherever, there are loads of great Korean films available to watch right now. Furthermore, the Korean Film Archive has a dedicated channel on YouTube with several hundred (entirely) free films that span 50 years of classic Korean cinema up to the end of the last century. So here are ten essential films for those looking to delve into Korean cinema:

Always good to cheat right from the start. The Vengeance trilogy from Park Chan Wook consists of three films with an overriding theme of vengeance. Whilst Oldboy will be the one people are most familiar with (and the last film to spark a huge wave of worldwide interest in Korean film up until Parasite), it’s well worth seeking them all out and watching. They’re not connected beyond the themes (and some recurring cast) but each has its own strength.

Sympathy For Mr Vengeance is the least iconic but relentlessly gripping. Oldboy of course is the one which everyone remembers for its style, blunt imagery and gruesome violence and several unforgettable scenes. Lady Vengeance which came some years after the first two, doesn’t quite hit the heights of Oldboy (for pure shock value I guess) but the switch to a female protagonist offered a fresh spin and features stunning visuals, violence and action. Go in blind and let all the surprises of each consume you. 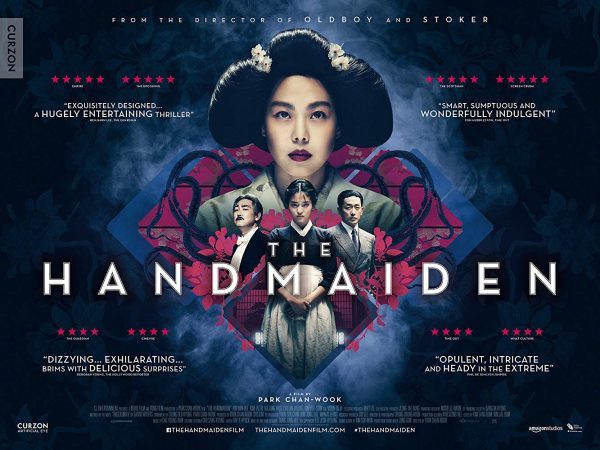 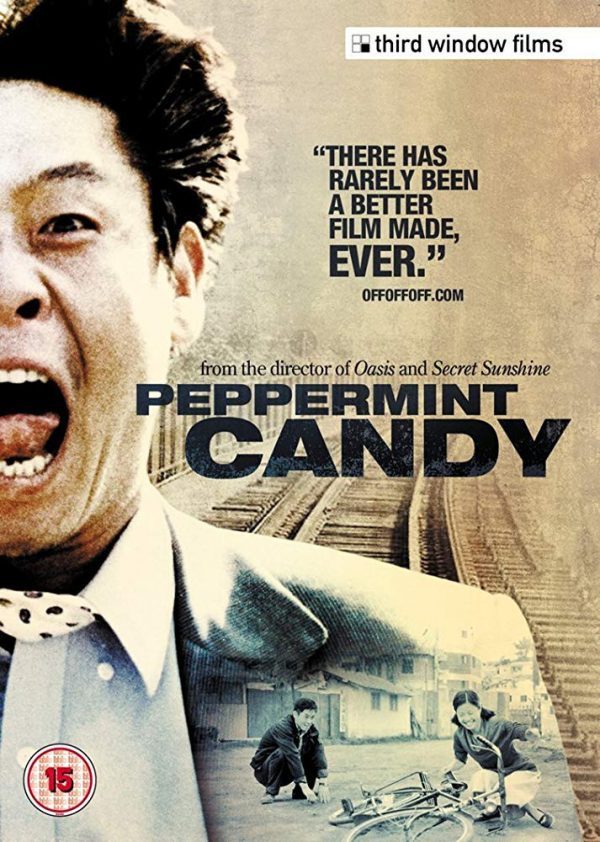 Kind of like a dark, melodramatic version of Memento (this came first I should add), Peppermint Candy begins with a man (Kyung-gu Sol) throwing himself in front of a train. The film then looks back (in reverse chronology) over five periods of his life which ultimately shaped him and lead him to suicide. Now here’s the beauty of the film (written and directed by Chang Dong-Lee)…it doesn’t set out to give you a sympathetic character. As we go back we see a bitter, selfish, often repulsive character doing reprehensible things in his work and more so to those around him.

The further back we go however, the more we begin to see what shaped that crushing lack of empathy and we understand more what certain things in his life once represented (such as the titular peppermint candy, a Camera and more). To make our sympathy for a character shift in such a way takes skill, and Peppermint Candy is an exceptional film.

A Girl At My Door 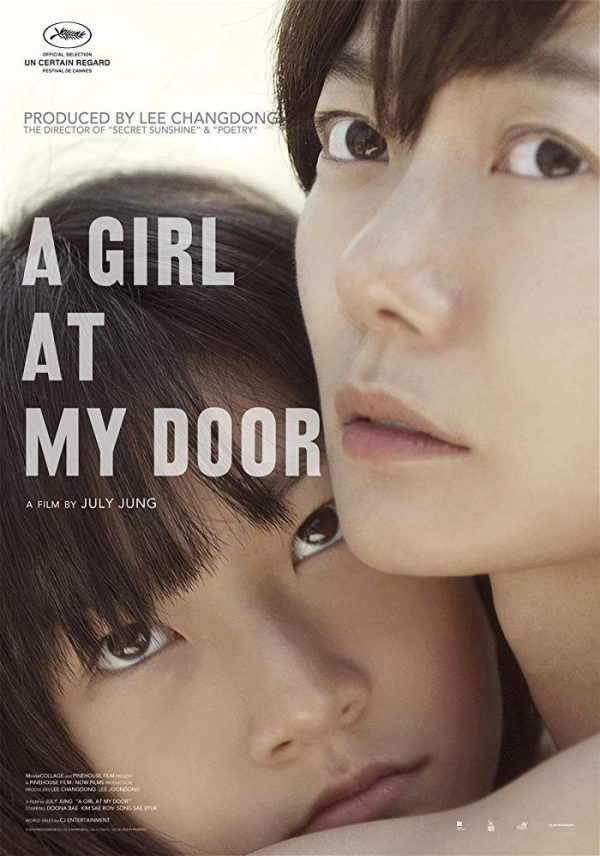 This film is of particular interest. I’m well versed enough in Korean cinema to know of a deep history of female directors. The more ‘iconic’ work I suppose, seems male dominated. July Jung’s feature debut is an emotionally engaging drama, which sees a disgraced (having been ‘outed’ for her sexuality) former Seoul police officer (Doona Bae) who is transferred to a remote sea-side village to run the department there. In her new post she soon discovers a young girl being domestically abused by her father and grandmother, and seemingly ostracised from the local community. The girls mother painted as a psychologically disturbed woman who abandoned her family and also the village itself.

The film gets a little darker as it progresses, occasionally becoming uncomfortable to watch, but ultimately is an engrossing character study of two characters (one of which a troubled young girl) connecting in a backwater part of a society that has outdated views on same sex relationships. Once Young-Nam’s sexuality becomes public knowledge in the village, the view on her temporarily ‘fostering’ Do-Hee is viewed far more suspiciously. The film did extremely well on the award circuits, but given Jung hasn’t made a film since (2014) one wonders whether the controversial subject matter has derailed her career somewhat, because that would be a tragedy for someone with such a strong Auteurs eye.

The Good, The Bad, The Weird 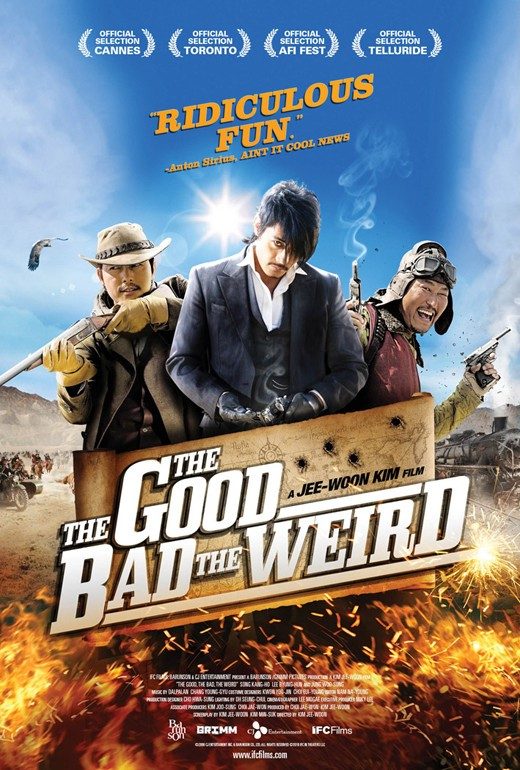 This was sort of viewed as Korea’s answer to Kung Fu Hustle. Not that they share much similarity, but their high energy fusion of genres with plenty of overt comedy and over the top action seemed to strike a chord with Western audiences. Jee-Woon Kim has made darker and more engrossing human cinema (A Tale of Two Sisters and I Saw The Devil) but this is pure adrenaline filled eye candy and masses of fun. There’s some amazing Wild West set pieces crossed with that glorious Eastern style action mayhem. The film also features a charismatic turn from Byung-Hun Lee who Western audiences may know from Terminator Genysis, Red 2 and G:I Joe: Rise of Cobra. Don’t hold it against him though, and check him in some proper cinema. Likewise Kang-Ho Song of recent Parasite fame is also in atypically fine form. 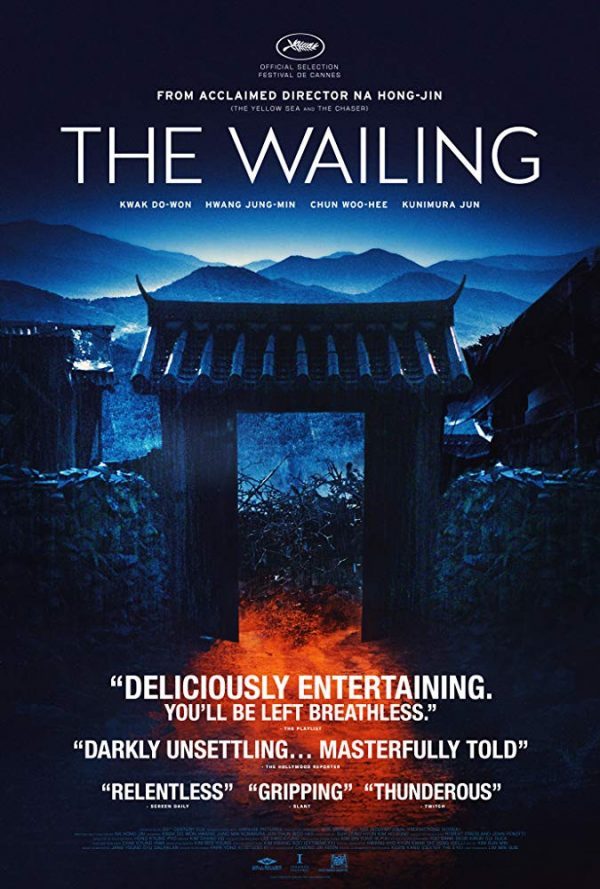 A sort of melding of zombie film with contagion drama with black magic on top too. The Wailing is a gripping drama/thriller that sees a local police officer investigating a series of deaths that follow in the wake of a mysterious man arriving in his village. When his daughter becomes infected with the mysterious illness, he sets about unveiling the true horror behind it and eventually enlisting the help of a Shaman. It’s as exceptionally crafted as you will come to expect a big budget Korean film to be, and the cast are magnificent (Japanese film legend Jun Kunimura appearing too). If The Wailing has one failing, it’s that the wilful pace will put some off, and it could have come in just as effectively as a two hour film rather than two and a half. Regardless, it’s got a great pay off if you stick with it.

The Witch: Part One – The Subversion 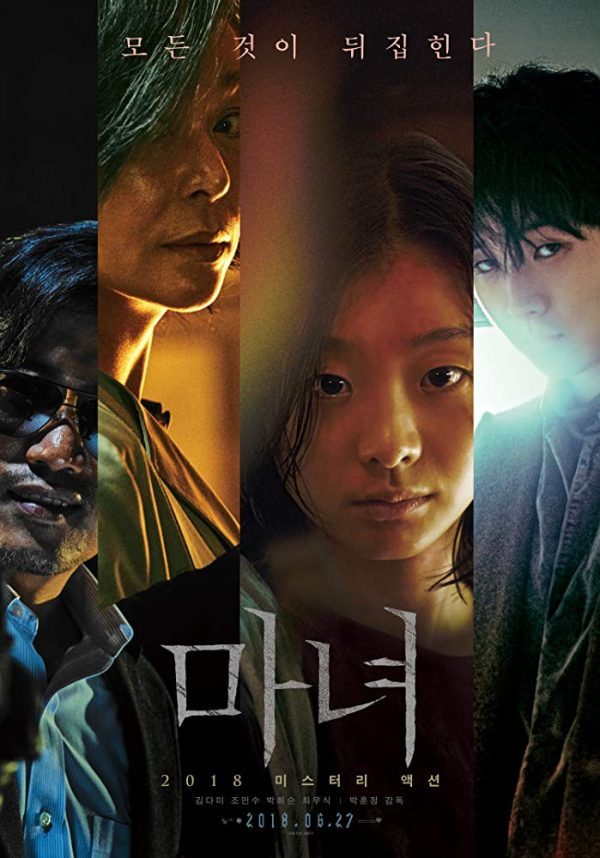 What if Korea did X-Men? Well, kind of…Beginning with the aftermath of a remote facility on lockdown after an escapee child flees (leaving a trail of bodies behind), she collapses in a farm and is taken in by a kind childless couple. Skip forward a decade or so and the girl is dealing with strange feelings and flashbacks. She has ‘gifts,’ some of which her foster parents suspect and try to reign in, others which escape them. When she finds herself suddenly famous after performing a ‘magic’ trick on a talent show, she begins getting unwanted attention from strange people. Then so begins a twisting thriller as this once scientific experiment that was meant for termination, is now being targeted again, all whilst realising a growing threat of a tumour will kill her. Full of surprises and building to a brilliantly carnage filled action finale, The Witch (which will be the beginning of a supposed, and I hope forthcoming, trilogy) is a great piece of escapism that’s offered with more verve, energy and surprise than much of what Hollywood is offering up in the Multiplexes these days and Da-Mi Kim’s central performance is superb. So before Bong Joon-Ho became everyone’s favourite Korean person, he made more films. Many will know Snowpiercer and Okja, but his previous Korean works are also magnificent. Memories of Murders is a magnificent crime thriller, The Host is a kind of melding of elements of classic monster movie, with family dynamics (we’d later see in Parasite) but Mother is another must see. It’s beautifully written and wonderfully crafted. If you’ve seen Parasite and the bar Joon-Ho sets himself as a craftsman, then this is right up there too. When a mentally challenged man who suffers memory loss is accused of murdering a schoolgirl, his Mother sets out to prove his innocence. The beauty here is how their relationship (mother and son) has been established quickly before the murder itself and we understand just how driven by motherly duty she is. Expect a few twists a long the way (as you will from many Korean thrillers) but also, because it’s Joon-Ho, expect exceptional performances (Hye-Ja Kim is astonishingly good), impeccable pacing and the gift to switch between humour, tension and gut wrenching drama with effortless ease. An absolute master at work. If you loved Parasite, you won’t find a bad film in his CV, so check them all. 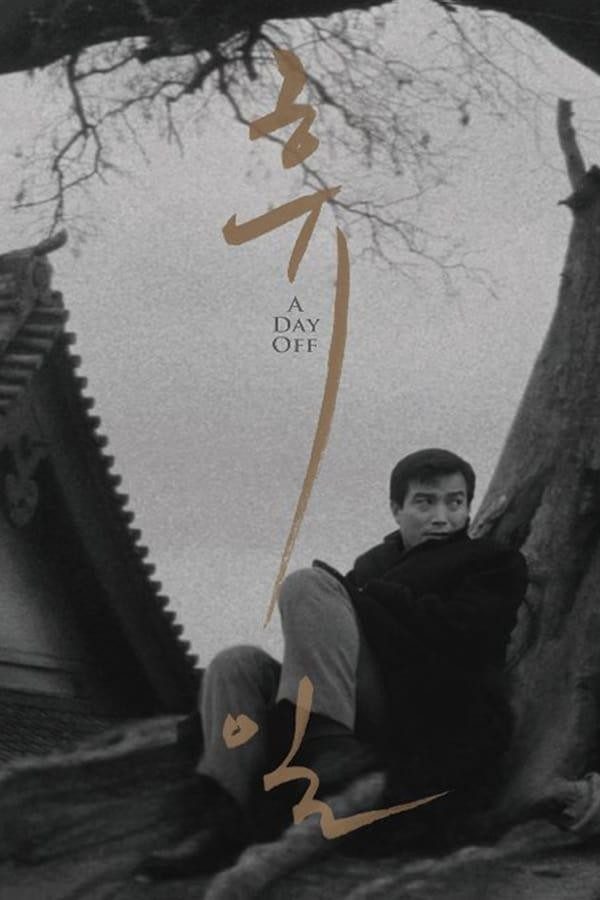 This classic Korean film (by Lee Man-Hee) was banned in 1968, not seeing the light of day until being found and restored in 2005. This is also available for free on Youtube thanks to the Korean Film Archive. As mentioned previously, they have hundreds of films but this is a great starting point. It offers an interesting insight into the Korea back then and censorship. You might call the film a Korean answer to Italian Neo-realism. It’s a simple tale of a couple who meet regularly on a Sunday (A day off). The woman is pregnant. The man is persistently out of pocket, and selfish. As the day progresses, the man must find money for an operation to deliver the baby early. The film was initially banned for its unflattering portrayal of the poorer classes in Korea, as well as not agreeing on a happy ending. It’s magnificently acted, harrowing but additionally it’s absolutely beautifully shot in black and white and widescreen. The restoration work is magnificent too, making the film look brand new. 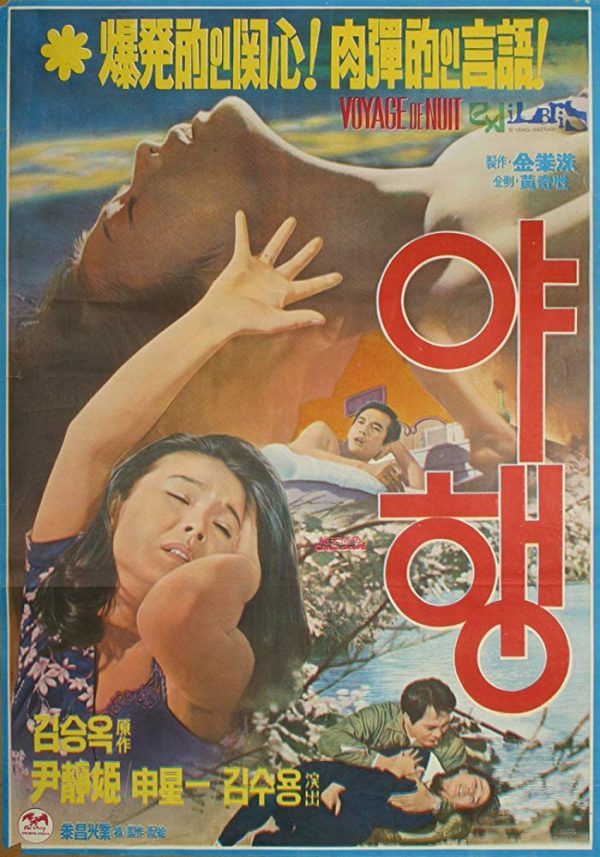 Another little nod to European realist cinema (from Soo Yong-Kim), with another film that initially fell foul of censors. Night Journey (also known as Night Voyage) sees a couple who work together but because of societal attitudes and workplace dynamics, must live together in secret. The man is a traditionalist, the woman is left frustrated by the routines of her life and expectations society places on her as a woman. She’s left to ponder the prospect of marriage to a man she finds dull. She’s still young but in traditionalist terms is getting on, constantly referred to as ‘old maid.’ It’s a great character piece with a particular focus on its female protagonist (a magnificent Yoon Jeong-Hee) and interestingly a less than sympathetic view of its male characters (particularly given how patriarchal society and thus much of the cinematic depiction was back then).

What are your favourite Korean films? Let us know on our social channels @flickeringmyth.com…