Inspired by true events. A West Texas single mother wins the lottery and squanders it just as fast, leaving behind a world of heartbreak. Years later, with her charm running out and nowhere to go, she fights to rebuild her life and find redemption. 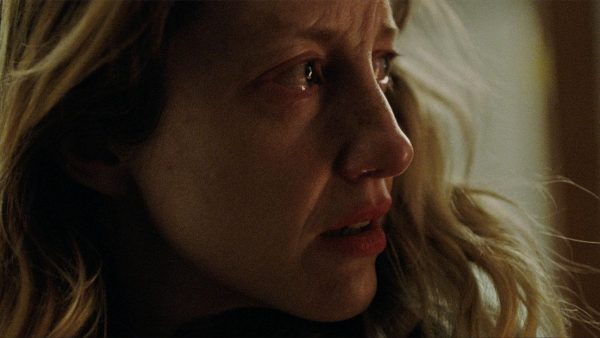 It bears repeating that Andrea Riseborough is one of the most dedicated, underappreciated working talents, so the prospect of her playing a struggling alcoholic seeking sobriety and redemption following a six-year stint of blowing almost 200 grand in lottery winnings is exciting. With that said, it’s not much of a surprise to report that she is outstanding in To Leslie, giving a vulnerable tale of two halves turn, equal parts pathetically humiliating and inspiring ones she hits rock bottom, acknowledges her shortcomings and tries her damnedest to turn the ship around.

To Leslie is directed by Michael Morris (with a script from Ryan Binaco based on actual events, although likely dramatized to an extent), synonymous primarily with TV credits. As such, the story takes on an episodic format that sees Leslie crawling back to and clinging to different people in her life, including her 19-year-old son (a conflicted, shattered Owen Teague that makes for the best work of his career so far) trying to make an honest living. While it’s no surprise that Leslie eventually ruins all of these supportive living arrangements, the story takes its time crafting the characters around her to illustrate a more formed picture of how these are affected since all the money was pissed away. 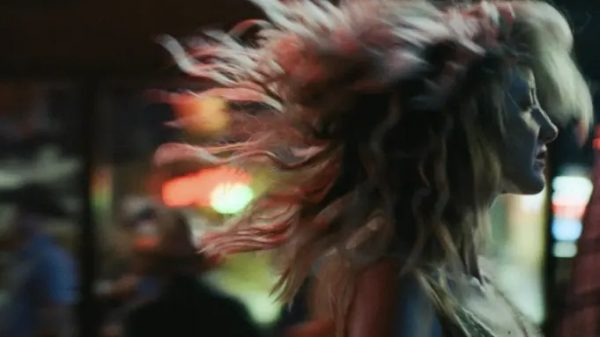 From there, Leslie ends up back in her West Texas hometown of Braddock, taken in by an older couple referred to as family (played by Allison Janney and Stephen Root). They are strict, not gullible, won’t think twice about kicking Leslie out on the street. In some ways, they are more antagonistic than helpful, sometimes justifiably so. It’s hard to imagine many viewers having anything aside from pity for Leslie, either. She also comes into some work at a local motel from Marc Maron’s Sweeney, a combination of gullible and unwaveringly kind for reasons that become clearer once discussing his past. They also developed a comedic banter that brings some levity to the drama that is sometimes a bit loud and overplayed.

Most importantly, To Leslie doesn’t fall into the trap of vilifying some people who have already given up on her. The film seems to understand that the collateral damage caused by her alcohol addiction is something that she may never be forgiven for, nor does she deserve it—all there is to do is own up to it and carve out a better future. When the story is deep into these dynamics, To Leslie is relatively riveting. Andrea Riseborough also gives a layered performance underneath the malnourished and dirty physical transformation, elevating this familiar but well-executed material.