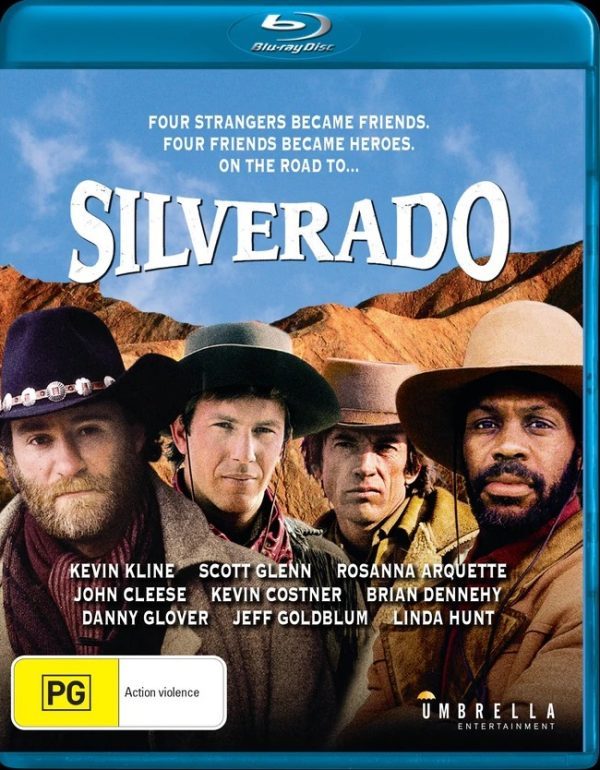 Australian company Umbrella Entertainment has reissued Lawrence Kasdan’s classic Silverado as a region-free Blu-ray that ports over the bonus materials from the original 2009 disc. If you’re a fan of the film, or just a fan of westerns in general, you’ll want to check out the excellent commentary track with three film historians. The making-of featurette and the look-back with Kevin Costner are pretty good too. 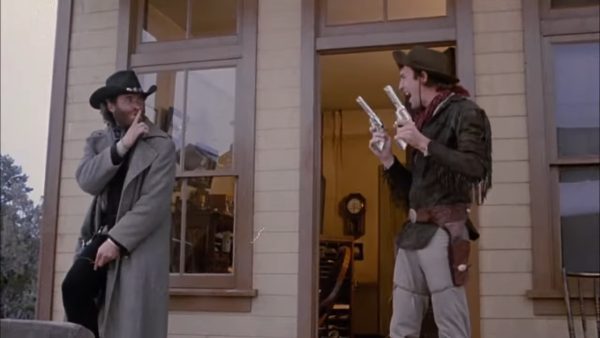 I’ll confess that I’ve never been a huge fan of westerns. I know, that’s sacrilege for a movie fan to say, especially someone who has always been enamored with plenty of genre films. And, yes, one could say that westerns constitute the genre upon which many other genres sit, sometimes with their influences on full display, (Upon exiting a family viewing of Star Wars in 1977, my dad remarked: “It was like cowboys and Indians in outer space!” That it was, dad. Rest in peace.)

So it’s understandable if you’re wondering why I’m reviewing Silverado, which Australian company Umbrella Entertainment has issued on a region-free Blu-ray disc. I requested a copy of it because I’ll also confess that I’ve never seen it, despite being a fan of Lawrence Kasdan, who directed the film and wrote the script with his brother, Mark. 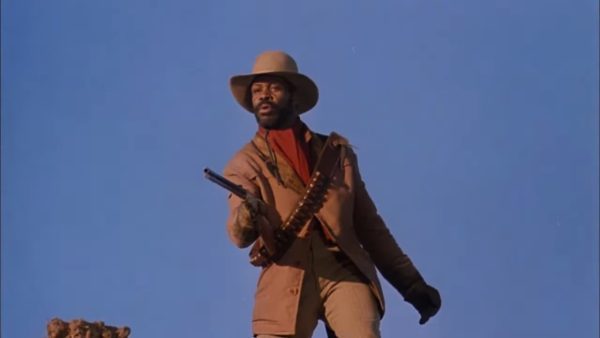 I was also intrigued by Silverado’s cast, which features: Kevin Kline, Scott Glenn, Kevin Costner, and Danny Glover as a quartet of cowboys who fight corruption and racism in a frontier town; John Cleese as an overbearing sheriff who wants the four out of his town as soon as possible; Brian Dennehy as the corrupt sheriff of the town Silverado; Linda Hunt as a saloon owner; Jeff Goldblum as a local gambler who’s friends with that corrupt sheriff; and Rosanna Arquette as a potential love interest for two of the cowboys.

Despite that cast and Kasdan’s involvement, though, Silverado is a movie that never quite comes together for me. Sure, like I said, I’ve never been a big fan of westerns, but the Kasdan brothers’ story meanders, picking up a thread here and a thread there, sometimes dropping a plot point that seemed to mean something. The story is definitely meant to be lighthearted, with a desire to deflate many clichés common in westerns, but Jeff Goldblum and John Cleese in particular stick out like sore thumbs; I couldn’t buy either of them as denizens of the Old West. 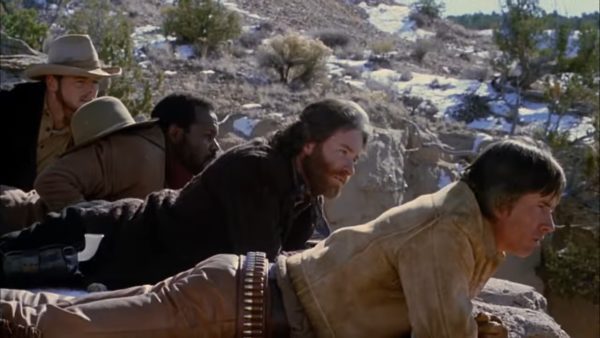 I don’t have any prior home video releases of this movie to compare Umbrella’s Blu-ray against, but as far as I can tell, this edition is comparable to the one issued by Sony in 2009. Here are the bonus features you’ll find on the platter:

The theatrical trailer rounds out the disc.