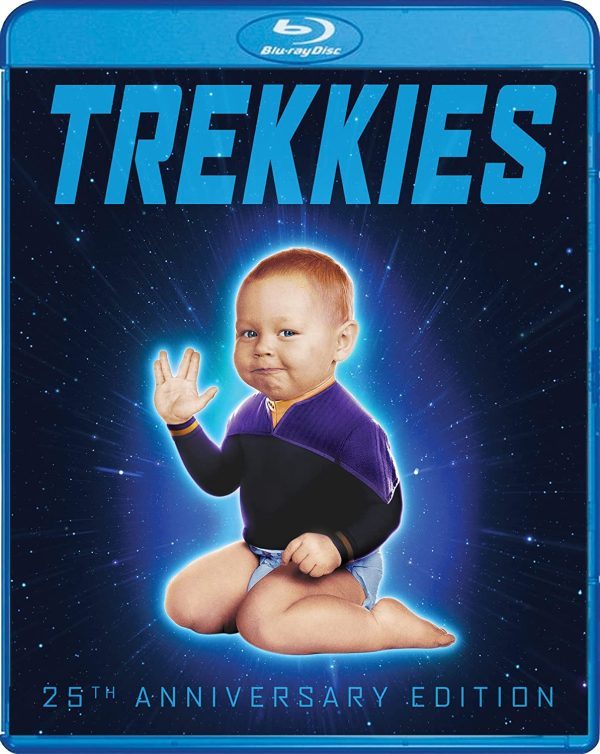 Roger Nygard and Denise Crosby’s classic documentary Trekkies arrives on Blu-ray for its 25th anniversary from Shout! Factory, which also included a new look back on the movie by the pair. 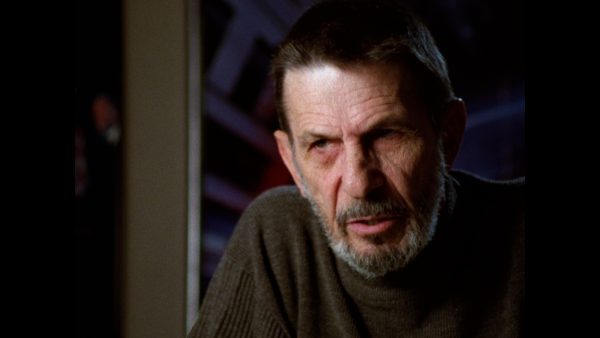 I’m too young to have seen the original Star Trek series when it aired in the late 1960s, but I caught the reruns on TV as a kid during the 1970s and became enthralled with the show. Star Wars eclipsed Star Trek in my heart in 1977, but I remained someone who still appreciated Gene Roddenberry’s creation, especially the last film series with the original cast. (Okay, well, except the fifth one, which I will be happy to never watch ever again.)

I’ll confess, though, to never getting into the serious fandom of either franchise. I’ve never been a cosplayer, and I find the deep dives into the minutiae a bit annoying. As a result, I’ve never attended a Star Wars or Star Trek convention, although I went to San Diego Comic Con several times in the mid-to-late 1990s and saw more than my share of Klingons. They seemed to dominate that convention before the Star Wars prequels arrived.

However, I do find fandom a fascinating thing to examine. I suppose I look at it more from an anthropological or sociological perspective, which is why I wanted the chance to review Trekkies, which I’d never seen before, on this new 25th Anniversary Edition Blu-ray from Shout! Factory. 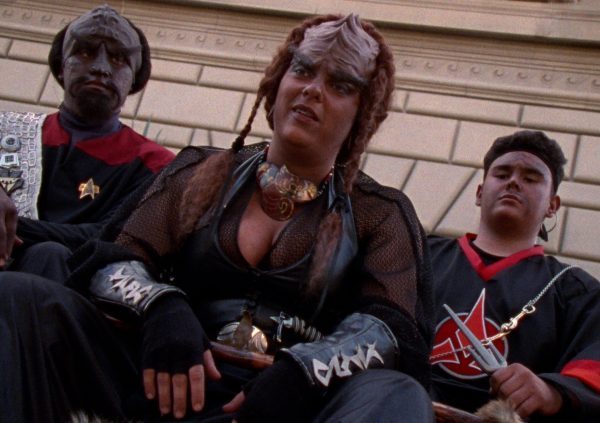 Directed by Roger Nygard and hosted by Denise Crosby, who played the character Tasha Yar on Star Trek: The Next Generation, Trekkies takes a look at various fans of the franchise, particularly the more extreme ones, such as a dentist whose practice is decorated in Star Trek memorabilia and who wears a Trek costume, along with his employees. He and his wife and kids are interviewed wearing Trek garb, as are many of the other fans who feature prominently in the film.

I’m not sure if Trekkies has appeared on Blu-ray before, but it looks as nice as you’d expect a 25-year-old documentary shot on 16mm film to look. Shout! Factory says a new 4K scan was done for this release, but given the quality of the source material, it’s hard to see a noticeable improvement in quality. That’s not to say that it’s bad — it’s just clear that it was shot in varying conditions with different kinds of film stock, so the look and feel is a bit inconsistent, and a 4K scan can’t magically fix that.

Crosby and Nygard reunited for a 20-minute look back on the making of the film that’s included here as the only bonus feature (aside from the trailer), and they reveal that in the late 1990s, they put a message out online asking for Trek fans to contact them, which produced a flood of requests. Some of the fans, including teenager Gabriel Koerner, show up repeatedly throughout the film, thanks to the host and director’s interest in talking to them more. 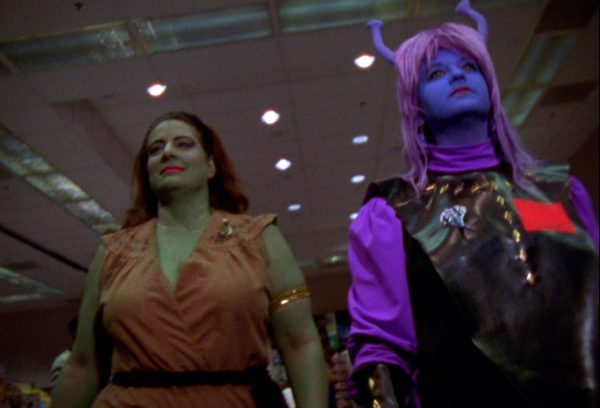 It would be easy to criticize Trekkies as a film mocking the obsessive lengths that some fans go to to incorporate Trek into their lives (Barbara Adams, who went to the jury pool selection for the Whitewater trial in a Trek costume and was later dismissed, gets a lot of screen time too), but I honestly saw it as taking a gentle approach to the subject. Like I said, I can appreciate fandom from a detached perspective, even while I have zero interest in going to the same length to profess my love for a franchise.

Another subject Crosby and Nygard touch on in their discussion is the film’s structure, which is admittedly a bit haphazard. Nygard says he wanted to organize Trekkies into chapters, so there would always be something new to hear about every ten minutes or so, but he admits that most documentaries have one or more protagonists and antagonists, along with some kind of conflict and an arc for the participants to go through. Instead, Trekkies moves from one subject to the next without a clear linear path.

That doesn’t make it a bad film, though. It’s certainly worth watching, whether you’re a hardcore Trekkie yourself or you’re more of an armchair observer, like me. I’m glad Shout! has allowed us to take in Trekkies on Blu-ray for its anniversary.