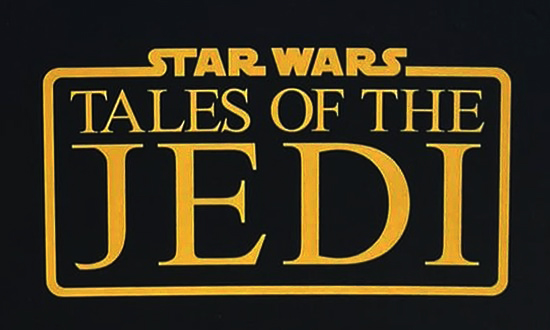 Back in December you may recall that images of a Lucasfilm crew gift box appeared online, which included a logo for Star Wars: Tales of the Jedi alongside various projects such as Star Wars: Obi-Wan Kenobi, Star Wars: Andor, Indiana Jones 5 and Willow.

The project – which shares its name with a popular 90s Dark Horse Comics title set during the Old Republic era – has been shrouded in mystery ever since, but now we have some idea as to what it is thanks to a listing on the Star Wars Celebration website (accidental, perhaps, given that it was quickly removed before being reinstated once word was out).

As revealed on the site, this month’s big Star Wars convention will be holding a Star Wars: Tales of the Jedi panel on May 28th, with now-veteran Star Wars creator Dave Filoni on hand to introduce a series of animated anthology shorts.

Given Filoni’s involvement, it seems safe to assume that Tales of the Jedi is a Disney+ project as opposed to an online web-series. Beyond that though there’s absolutely no indication as to whether the series might retain the Old Republic setting of the Dark Horse comic, nor whether it could go down the Star Wars: Visions route of featuring multiple creative teams, or if it will be another of Filoni’s babies. Fortunately, we don’t have too long to wait before we learn more. Star Wars Celebration 2022 takes place in Anaheim, California between May 26th and May 29th.