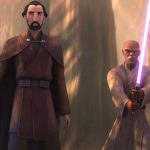 During July’s San Diego Comic-Con it was announced that the ever-busy Dave Filoni has been working on an animated anthology entitled Star Wars: Tales of the Jedi for the Disney+ streaming service, and now during today’s D23 Expo we got some new information on the show, along with the very first trailer. As announced during […] 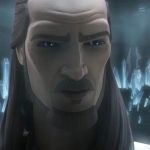 Having accidentally leaked their plans to unveil the project in the run up to Star Wars Celebration, Disney and Lucasfilm made Star Wars: Tales of the Jedi official during the big fan convention this past weekend as it unveiled the upcoming animated anthology series from Dave Filoni. The second of two new animated series announced […] 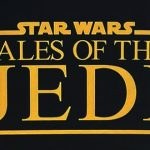 Back in December you may recall that images of a Lucasfilm crew gift box appeared online, which included a logo for Star Wars: Tales of the Jedi alongside various projects such as Star Wars: Obi-Wan Kenobi, Star Wars: Andor, Indiana Jones 5 and Willow. The project – which shares its name with a popular 90s […]