Second Sight Films has announced the Peter Cushing-starring Hammer Horror classics The Mummy and Frankenstein and The Monster From Hell are set for special limited edition Blu-ray releases in the UK this August; check out the details here… 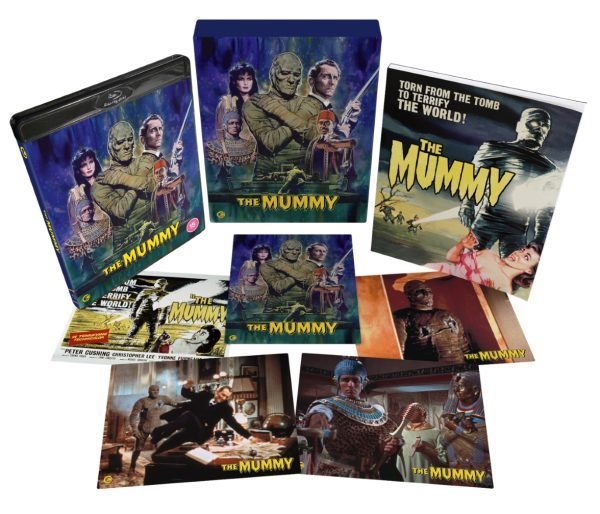 In 1890s Egypt, a team of British archaeologists, John Banning (Peter Cushing), his father Stephen Banning (Felix Aylmer), and Uncle Joseph Whemple (Raymond Huntley) discover the untouched tomb of Princess Ananka (Yvonne Furneaux). Inside the tomb, Peter discovers The Scroll of Life and, when he reads it aloud, he unknowingly brings the mummified body of the high priest Kharis (Christopher Lee) back to life…

Three years later and the group have returned to England, unawares of the nefarious consequences of their actions. A follower off the same Egyptian religion unleashes The Mummy to exact grisly revenge on the despoilers of the sacred past. As it edges nearer to exact its revenge, can anything save them from its relentlessly vicious and vengeful mission? 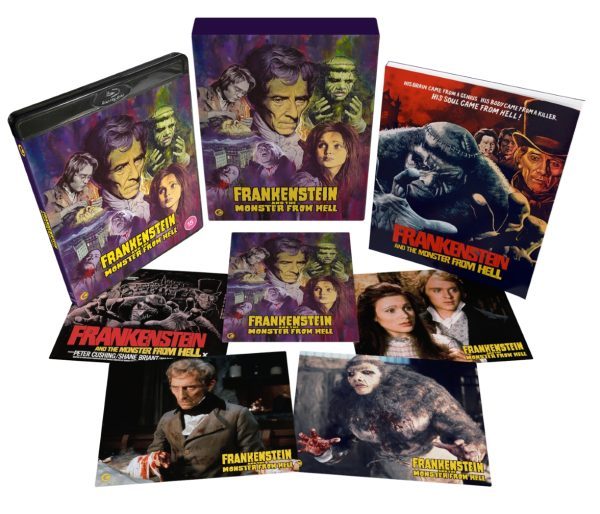 When a young doctor, Simon Helder (Shane Briant – Time Traveller) is committed to an insane asylum where the legendary Baron Frankenstein supposedly perished after being found experimenting on stolen corpses, he is quickly taken under the wing of mysterious Doctor Victor (Peter Cushing). But Simon quickly realises that there’s more than meets the eye with Doctor Victor, and that Frankenstein is alive and well and is continuing his macabre experiments…

This grisly, gothic Hammer production is a thought-provoking and stylish closure to the Frankenstein anthology, featuring another superb turn from Peter Cushing and boasting oodles of bloodshed, and spectacularly frightful moments. The Mummy and Frankenstein and The Monster From Hell will release on Blu-ray in the UK on August 29th.