The year is 1992. A second revolution in black cinema was already underway after Spike Lee’s fresh and inventive hits like Do The Right Thing and She’s Gotta Have It had broken open doorways. That first wave in the 70s, with a boom in blaxploitation and less ‘genre’ based fare too, had subsided but the lasting influence on a rising crop of film-makers like Lee, F. Gary Gray and John Singleton, would prove telling. Additionally, the 80s, whilst seeing an initial slowdown in black cinema, was still seeing black actors becoming box office powerhouses, not least Eddie Murphy. Everything was in place for the new wave, which largely replaced the exploitation cinema that had the most impact, and hit hard with deeper social commentary and hard hitting drama. There were of course exceptions and plenty of comedy, though the atypical blaxploitation action film that was so popular in the 70’s, was now being affectionately spoofed by film-makers like the Wayans brothers.

Among an era of key cornerstones in black cinema, like Boyz n the Hood and Malcolm X, there were an array of neo-noir crime dramas. Atypically these films without the gaze of a black artist would tend to paint black characters two dimensionally or without sympathy. That could be in something like King of New York. As good as the film is, the ‘sympathetic’ criminal is Christopher Walken. The black characters under his wing or opposing are more two dimensionally drawn, including a character played by Laurence Fishburne. However, when black directors were given the opportunity to tell crime stories, they were able to show cause and effect, moral complexity and delve into nature/nurture. Something like New Jack City proved popular for an array of reasons, and still has aspects of the exploitation era. Among a routine cops versus criminals story of black neighbourhoods rife with drug and crime, came something more telling, and that was a non-white perspective. 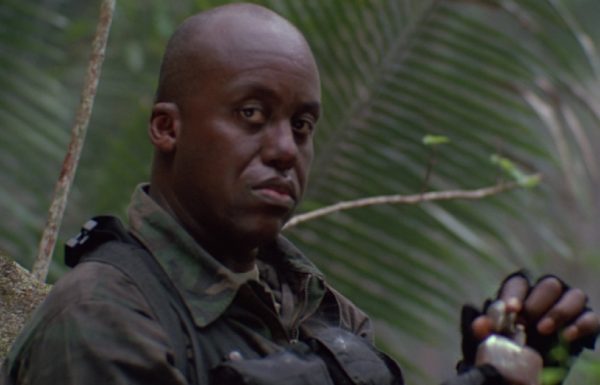 A significant figure from the era was Bill Duke. An actor with a background in theatre, who had become a memorable character actor. Through the 80’s he appeared frequently as a supporting artist in films like Commando, Predator and more. Few in fact, know about Duke’s impressive resume as a director. Starting in TV, Duke was a rare presence as an African-American director. The transition to film eventually came, starting with A Rage in Harlem, a classically styled gangster film played out with a black cast. As a starting point it showed Duke as an artist confident to transition from the very different world of television directing. For Duke, he came into his own as a director the following year with Deep Cover.

Duke had felt his style as a director had been somewhat restricted by convention. When working in TV too, the tight time scales lend themselves to efficiency over flair. He absorbed things from some of the great film directors he’d worked under as an actor, being particularly influenced by Samuel Fuller’s approach to working against the rules of composition. Duke took this into Deep Cover, creating a stylish noir, soaked in shadows and neon lighting. Every frame drips in ambiance. A dark world of night owl criminality, and the kind of intimacy a low budget inherently brought with it. This isn’t a wide and expansive gangster opus. It isn’t lavish. It’s down and dirty, putting a keen focus on the protagonist, John (Laurence Fishburne), a fresh off the beat cop placed in deep cover. John is driven by pain and a moral fortitude. His father died after robbing a liquor store to fund a drink and drug habit. John is clean cut, moralistic and dedicated to do his duty. 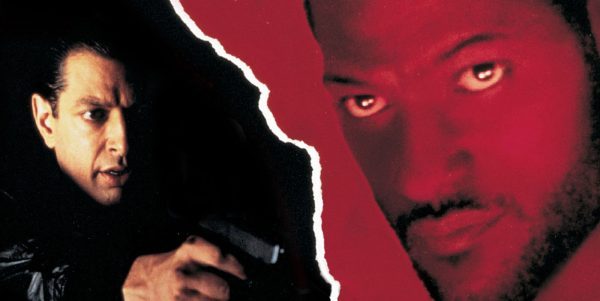 Deep Cover doesn’t particularly touch new ground in the crime drama realm. We’ve seen the undercover descent, where the moral compass shifts. We’ve seen those undercover operatives pushed into criminal actions to maintain their cover, or to lose sight of their reasoning. John’s past shaped him, and he hasn’t been able to escape it, but he’s increasingly pushed into darker territory and allured by the increasing power he takes on as he rises in the underworld. What makes Duke’s visually arresting crime noir work particularly well is that less glamorised world. This isn’t a Scarface-esque arena of huge club sequences, lavish bars and all the spoils. We see this in minimal context. What we get instead are the moments between the glamour, when John has no need to wear the mask of a rising criminal force. He’s conflicted, struggling to deal with the contradictions between his beliefs, history and the allure of the world. Fishburne is exceptional, cementing himself (if it were ever needed by a then young veteran) as a powerful actor. He’s not a character driven by dialogue, who wears emotion on his sleeves. He keeps a lot inside, not just by consequence of his profession, but because of his personality. That the film has been overshadowed by others of the time, and is in many ways less iconic is a shame, because Fishburne’s performance is very powerful.

He’s well aided by Jeff Goldblum, a Lawyer by day, and facilitator in the drug industry by night. He sets up deals and brings people together, but he has his own aspirations to develop the business and change to a new synthetic drug. Somewhat naively, David (Goldblum) believes himself to be a respected and indispensable cog. So whilst John sees himself take a moral descent into this world, David finds himself realising he is expendable. The lure of power is great, but so is a will to survive. The combination of Fishburne and Goldblum is unexpected but wholly effective and both take a character shifting journey. Elsewhere, it’s all enveloped in a great soundtrack (featuring Dr. Dre). 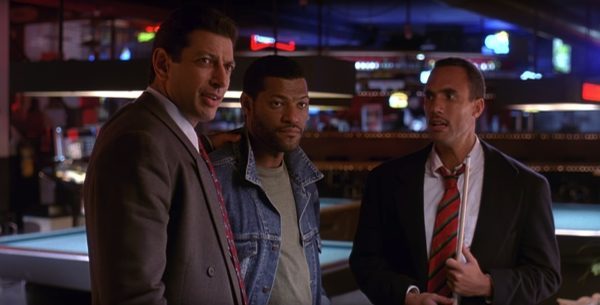 Whilst some of the plot threads don’t quite land, such as a God fearing cop who tries to dissuade John (Assumed to be a criminal) from his path, Deep Cover has aged very well. It probably came as something of a surprise inclusion to the Criterion roster when it debuted last year, but seeing the film afresh with a fantastic transfer to accentuate the glorious visuals, only exemplifies how much of an underappreciated film it was 30 years ago. Many have caught it late, but Duke’s insightful direction provides some gravitas to the story, and it’s all wonderfully anchored by Fishburne’s quiet intensity, and Goldblum’s charisma. It casts an eye on the racial politics within law and society as well as the collateral damage caused by a drug industry largely targeted toward a poor non-white demographic.

What are your thoughts on Deep Cover? Let us know on our social channels @flickeringmyth…