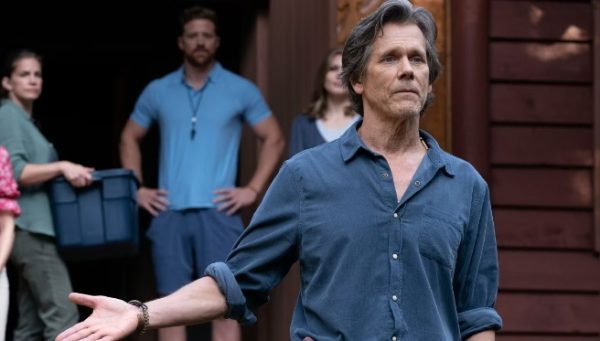 Peacock and Blumhouse have released a first look at They/Them, the conversion camp therapy slasher flick that features Kevin Bacon ominously promising a group of LGBTQIA+ teens that they’re going to “have some fun”, just as a mysterious killer starts picking people off.

Written and Directed by Gladiator and Skyfall scribe John Logan, you can check out the teaser below…

Kevin Bacon plays Owen Whistler in this slasher horror film set at an LGBTQIA+ conversion camp. Several queer and trans campers join Whistler for a week of programming intended to “help them find a new sense of freedom”. As the camp’s methods become increasingly more psychologically unsettling, the campers must work together to protect themselves. When a mysterious killer starts claiming victims, things get even more dangerous.