Netflix’s upcoming series Kaos has made a change to its cast. According to Deadline, Jeff Goldblum (Jurassic World: Dominion) will replace Hugh Grant in a contemporary take on Greek mythology. Kaos is created and written by Charlie Covell and is “a bold, darkly comic contemporary take on Greek mythology, exploring love, power and life in the underworld. Nothing is sacred in Covell’s bold reinvention of Greek myths (think tracksuits not togas), except the treachery and arrogance of a bunch of inconstant gods and their cosmic machinations…Some things never change.”

Goldblum will play “the seemingly all-powerful, yet desperately insecure and vengeful Zeus, who has long enjoyed his status as King of The Gods. That is, until he wakes up one morning and discovers a wrinkle on his forehead. Neurosis then sets in, setting him off on a dangerous, paranoid path. Zeus becomes convinced his fall is coming – and starts to see signs of it everywhere.”

Hugh Grant was originally cast as Zeus, but had to exit the series due to scheduling conflicts. Goldblum will star alongside Janet McTeer (Ozark) as Hera, Cliff Curtis (Fear The Walking Dead) as Poseidon, David Thewlis (The Sandman) as Hades, Killian Scott (Dublin Murders) as Orpheus, Aurora Perrineau (Prodigal Son) as Riddy, Misia Butler (Kiss Me First) as Caneus, Leila Farzad (I Hate Suzie) as Ari, Nabhaan Rizwan (1917) as Dionysus, Rakie Ayola (Grace) and Stanley Townsend (The Song of Names).

Kaos will consist of eight episodes directed by Georgi Banks-Davies. Filming on the first season will begin later this summer. 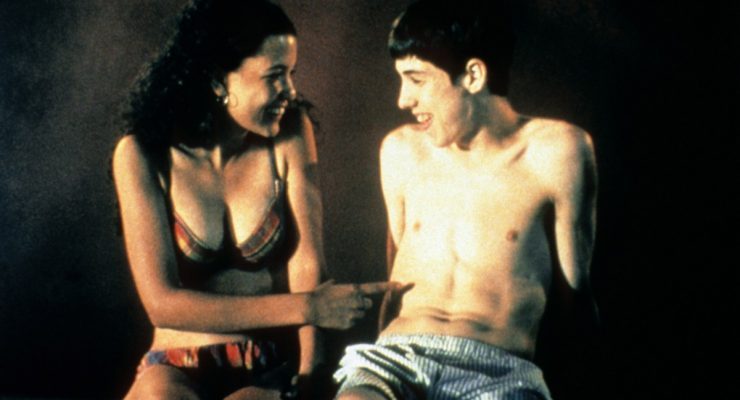