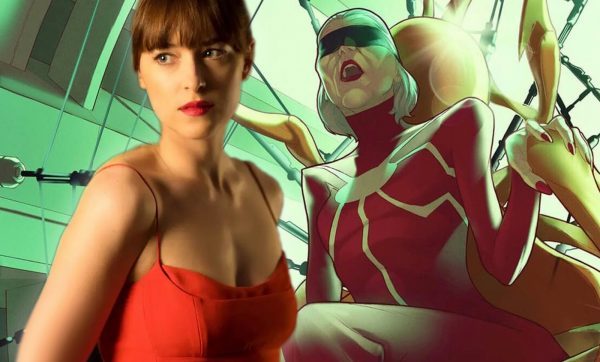 Sony’s fledgling Spider-Man Universe may have suffered a setback with Morbius, the Jared Leto-led movie being so bad it tanked TWICE at the box office, but that hasn’t stopped the studio from pushing ahead with its plans to squeeze every inch out of the Spidey movie rights.

No sooner has the J.C. Chandor-directed Kraven the Hunter starring Aaron Taylor-Johnson wrapped, but it has now been confirmed that filming is underway on Sony’s other Marvel offering for 2023, Madame Web.

The film is being directed by S.J. Clarkson, who has previous Marvel experience on Netflix’s Jessica Jones, and sees Fifty Shades of Grey star Dakota Johnson leading the cast in the title role as Cassandra Webb, “a clairvoyant whose psychic abilities allow her to see within the spider world”. In the comic books, Madame Web is an ally of Spider-Man who is depicted as an elderly woman suffering from the autoimmune disorder myasthenia gravis, which leaves her permanently attached to a life support system shaped like a spider’s web.

It’s not clear which elements of the character will be incorporated into Johnson’s version, nor do we have any plot details, although the first set photos from the shoot seem to indicate an early 2000s setting for at least part of the movie.

Palm Pilots with new "3G speed"? Pay phones and newspaper boxes on every corner? A billboard for Beyoncé's debut album?

Meanwhile, Emmy nominated Severance star Adam Scott has also just signed on for a role, although like everyone else bar Johnson, his character is being kept under wraps for the time being. Madame Web is set for release on October 6th 2023.