Massive Monster and Devolver Digital’s cutesy dungeon delving game Cult of the Lamb is now available on PC, Nintendo Switch and Xbox and Playstation consoles.  In this mash up of dungeon diving and base building players will need to start their own cult, explore the land, accumulate power and become the one true cult.  Check out the launch trailer below… 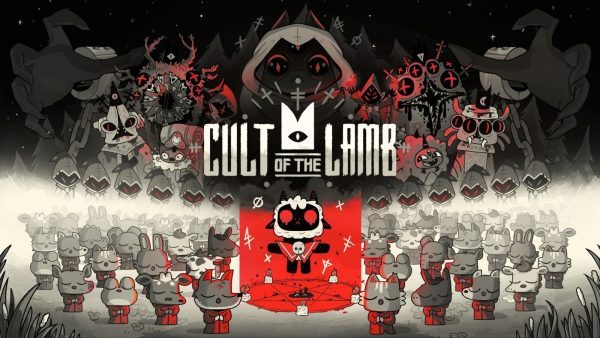 In Cult of the Lamb players must take the role of a possessed lamb that has been saved from destruction by a mysterious stranger.  In order to repay the debt to him the lamb must venture out and build up a loyal group of followers in their very own cult.  Players will need to seek out other woodland creatures who they can persuade to join and perform rituals to appease the gods and reinforce the faith of the followers.

The Lamb’s cult isn’t the only one to roam the land, there are many false prophets out in the wilderness and players will need to defeat these and absorb their power in order to help spread the word. Cult of the Lamb features:

Play Cult of the Lamb now on PC and consoles.