A married woman with an unwanted pregnancy lives in a time where she can’t get a legal abortion, and works with a group of suburban women to find help. Oscar-nominated Carol writer Phyllis Nagy makes her feature debut with the undeniably important story of the “Janes” – an organisation providing underground abortions to women between 1969 and 1973. While compellingly acted and solidly staged, this modest period drama verges on procedural just a little too often.

Call Jane begins in 1968 Chicago, where housewife Joy (Elizabeth Banks) – one of several fictional characters cooked up for the story – learns that her pregnancy is causing life-threatening congestive heart failure. With hospital officials unwilling to sanction a “therapeutic termination,” as they call it, Joy stumbles upon the Janes who can provide her with a safe, off-the-books abortion.

Nagy’s film does a solid job outlining the infuriating, comprehensive barriers put up to limit women’s reproductive choices. Once the hospital’s board members vote down Joy’s request for an abortion, she’s informed she needs to convince a psychiatrist that she’s suicidal to be permitted one, all while a doctor’s secretary suggests it’s easier to just hurl herself down the stairs instead.

When Joy finally heads to the Janes for her procedure, the rather staid, stuffy storytelling veneer drops and Nagy, to her credit, refuses to shy away from the particulars. For a film that otherwise feels so broad-minded in presentation, this comes as mildly surprising. And yet, by far the most uncomfortable aspect of the elongated abortion scene is the presence of the Janes’ payrolled doctor, Dean (Cory Michael Smith), who lacks a scrap of bedside manner and only explains the procedure to Joy while he’s performing it. Dean’s severity is contrasted with the after-procedure service provided by the Janes, led by steely older feminist Virginia (Sigourney Weaver). Joy’s story doesn’t end there, though, as she gets hastily recruited to help drive another young woman to her appointment, setting Joy on a path which eventually leads her to perform abortions herself.

But it’s a difficult moral road for Joy to walk; there’s a realistic middle-class hypocrisy to her clear belief that she’s unlike the young, naive women who turn to the Janes for help. In her comfortable suburban bubble, as a thankless wife who is counted upon to have dinner ready and waiting for her husband Will (Chris Messina), she’s different.

Joy initially balks at the prospect of being complicit in others’ terminations, no matter the risks the Janes undertook to secure her own biological freedom. It’s an interesting character wrinkle that feels wholly realistic, even if Nagy arguably rushes through Joy’s being convinced to fully join the cause.

Beyond Joy’s own journey, Call Jane broadly examines the wider societal strictures of the period, most of it circling back to systemic sexism. Poor sex education in schools allows young women to believe pregnancy-preventing myths – like being unable to conceive if you have sex standing up – and even Joy herself, a fully grown woman, has little awareness of her own body. 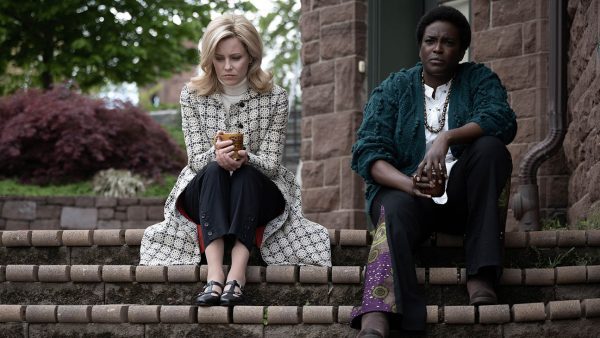 There is also a laudable-but-brief attempt to engage with the complexities of the Janes Collective itself, functioning as a predominantly white outfit as made clear by one Black member, Gwen (an underused Wunmi Mosaku), who insists more effort be made to provide procedures for impoverished Black women.

Much as there’s a programmatic quality to the script – penned not by Nagy herself but Hayley Schore and Roshan Sethi – there are certainly moments that train our eyes on the grim realities of what the Janes do. In one brutal scene, they discuss which potential patients would be most worthy for the pro-bono procedures they allocate each week; is a rape victim worthier than a young girl, or a student studying to do potentially great things if not for her pregnancy?

Yet for the most part the script is rife with over-pointed, prosaic dialogue that feels less naturalistic than a mouthpiece for its issues. There are also a few melodramatic affectations too many, and key aspects of the story feel glossed over in its rushed 1973-set epilogue.

But the cast persuades enough to keep Call Jane on the right side of watchable. If audiences will probably guess that Joy is a fictional character, Banks at least palpably bottles the fear and resolve of an entire class of women of the period, evolving from recoiling at the mere word “vagina” to becoming an activist in her own right. Sigourney Weaver also perks things up considerably any time she’s on screen, refusing to suffer fools lightly yet bringing a sly warmth and humanity to the fore. Chris Messina is meanwhile perfectly cast as Joy’s blandly typical husband, though Kate Mara doesn’t get nearly enough to do as Joy’s depressed widowed neighbour Lana.

Shot on 16mm by DP Greta Zozula, there’s a stately quality to the visuals that inform the period setting, as do evocative period flourishes in the production design and costuming; they’re not flashy but they do the job. Needle drops are deployed sparingly enough for the most part, though occasionally go overboard in summoning a generically too-cool-for-school period movie vibe.

Nagy’s debut is never less than completely competent if rather paint-by-numbers on the balance of factors; a mid-brow proposition that’ll likely get snapped up by a streamer soon enough, hold the #4 spot on the top 10 for a week, and then join the clutter of digital ephemera. As an Issue Movie it can’t help but hit given that men are still trying to legislate on women’s bodies today, but its down-the-line treatment of a crucial subject causes its 121 minutes to ultimately feel a bit long in the tooth.