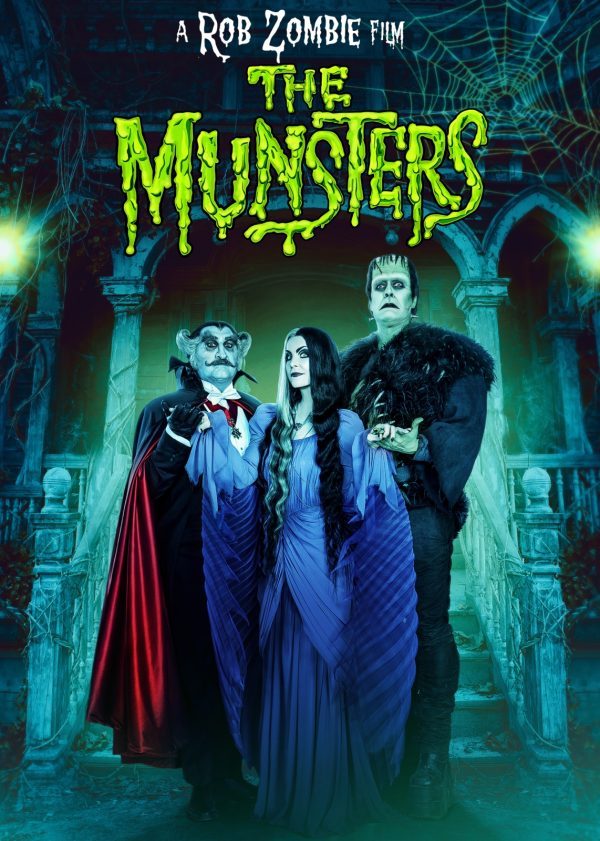 Herman and Lily’s crazy courtship takes The Munsters on a trip from Transylvania to Hollywood. 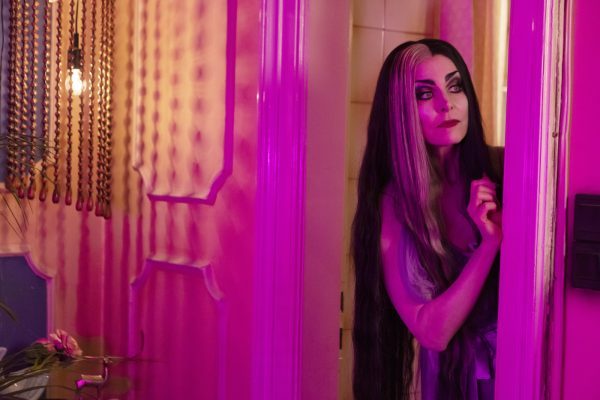 Sometimes passion for a project is just not enough. Rob Zombie clearly holds The Munsters near and dear to his heart, but this foray into family-friendly camp further exposes his shortcomings as a comedic writer.

Zombie isn’t solely to blame, as the production budget seems to be lower than the sights and costumes at Six Flags Fright Fest, with someone high up at Universal also seemingly forcing the film to be in color, which only highlights the ugliness of everything (including the random lighting, smoke machines, and triple-speed motion antics) even though the ending credits make a fairly decent case that the visuals are somewhat passable in black and white, especially given the lack of funds. On some level, there is cause to respect how colorful the film is, but it overwhelmingly elicits a “what the hell am I looking at” reaction to every frame. 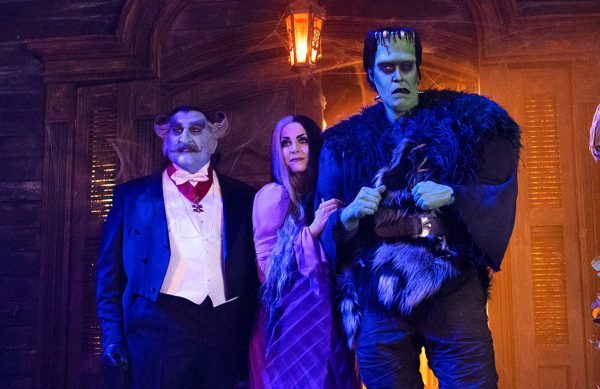 However, Rob Zombie is largely at fault because a decent look doesn’t salvage that his interpretation of The Munsters is an embarrassment loaded with cringe-anachronistic jokes (to be fair, the film appears to be set in modern times, but there is no rhyme or reason to what standards, practices, and culture characters are familiar with), relatively conflict-free episodic plotting slugging along, serving as a prequel to the TV show, and relentlessly grating performances.

The only actor that comes away somewhat unscathed is Richard Brake as Dr. Henry Augustus Wolfgang, a mad scientist conducting experiments alongside oafish friend Floop (Jorge Garcia) to create life. They require an intelligent brain for their project, with plans to raid the recently deceased Von Rathbone siblings. Bumbling buffoon Floop accidentally steals the brain of the dimwitted brother, a cheesy comedian seemingly without a single brain cell. Unknowingly, this is the brain inserted into the experiment, which brings to life Herman Munster (don’t even ask how they arrive at the conclusion for naming him). The Munsters flows with episodic pacing, never arriving at a subplot remotely worth investing in. The Count (Daniel Roebuck) is pressuring his daughter Lily (Sheri Moon Zombie) to marry, who is uninterested in every suitor. In another role, Richard Brake shows up as Orlock (I take it back, no one comes out of this one unscathed), trying to flatter Lily (his dating profile lists the plague as one of his hobbies).

Lily instantly becomes infatuated with Herman upon seeing him tell intentionally lousy jokes on TV. The deathblow is that Jeff Daniel Phillips’ screechy performance as Herman becomes an act of torture to listen to (I had to turn the volume down just to make the film more bearable to experience, which isn’t exactly saying much). She finds him charming and funny; he finds her beautiful and accepting of him. From there, it’s a parade of lame sketches (such as Herman fronting a punk band, a Paris vacation, and a move to a Hollywood neighborhood) and barely present family drama. One would assume that the plot would follow the generic structure of Lily’s father preventing love and marriage, and there is an attempt to do so, but it’s empty and pointless without humor or fun.

An equally boring side plot follows Lily’s werewolf brother Lester (Tomas Boykin) scheming to acquire the deed for the Transylvanian manor to sell and pay off his debts. It’s all harmless sitcom plotting that never offers up a cause for enthusiasm. Again, that’s because The Munsters is more concerned with moving these characters along, which would also be fine in a hang-out way if we actually wanted to hang out with any of these characters. Rob Zombie’s The Munsters is a painful, albeit inoffensive, two hours that might get an occasional rise out of diehards due to nostalgic touches here and there, but at that point, why not just turn on the series? And if someone wanted to get their children into The Munsters, this definitely isn’t going to do the trick. There is not an ounce of real personality or charm here.