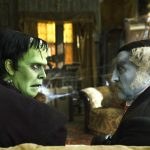 It was announced earlier this week that Rob Zombie’s The Munsters is heading to Netflix this fall, but for those who still prefer their media physical, Universal has announced that the feature film reboot of the classic American sitcom will arrive on Blu-ray, DVD and digital on September 27th. Check out the cover artwork, bonus feature […] 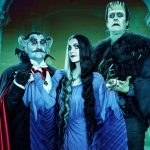 “Wacky monster fans unite,” declares Rob Zombie. This post comes after the news that Zombie’s The Munsters will debut on Netflix this fall. What makes this so delighting for horror fans is this film will debut at the same time as Wednesday, Tim Burton’s Addams Family spin-off, premieres on Netflix as well. “This fall we […] 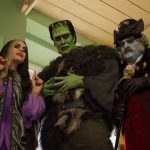 Having made his name as a filmmaker with the hard-R excesses of the likes of House of 1000 Corpses, The Devil’s Rejects and his Halloween reboot films, Rob Zombie is heading into uncharted territory – that of the family friendly PG-rating – for his latest feature, a reboot of the classic American sitcom The Munsters. […]

After tackling Michael Myers with his Halloween films, Rob Zombie is bringing another iconic horror-tinged property back to the big screen this year with his feature reboot of the classic American sitcom The Munsters. Last month we got our first look the movie with the arrival of first teaser trailer, and now Universal has shared a […] 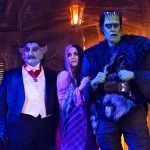 Rocker and horror director Rob Zombie is taking us back to Mockingbird Lane this year with a live-action reboot of the classic American sitcom The Munsters, and we now have our first look at the upcoming feature film from Universal 1440 Entertainment. In the teaser trailer released today, we’re introduced to Zombie’s take on Herman […] 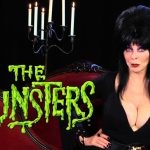 As filming continues on his feature film reboot of The Munsters, Rob Zombie has taken to social media to announce that The Mistress of the Dark is heading to Mockingbird Heights, with Zombie revealing on his Instagram that Cassandra Peterson – a.k.a. horror hostess Elvira – is set to appear in the role of real […] 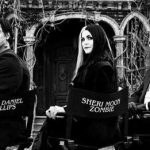 Rob Zombie is a filmmaker known for his edgy, shocking horror movies, but the director is seemingly going a different route with his latest project. During the spookiest month of them all, Zombie took to social media to offer the first look at the iconic characters he’s bringing to life in The Munsters. In the […] 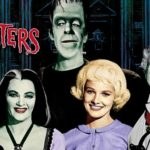 Attention Boils and Ghouls! One of the wildest minds in horror is rebooting a classic American sitcom. Rob Zombie, known for The Devil’s Rejects and 2007’s Halloween, has confirmed he’s helming a film version of The Munsters. The musician and filmmaker took to his Instagram account to confirm the news. While debuting the first look at […] 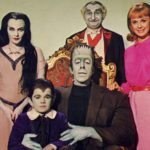 The Munsters are set to make their return to the small screen, with Variety reporting that Seth Meyers is set to executive produce a reboot of the classic comedy series, which has Jill Kargman (Odd Man Out) penning the script. Inspired by the original series – which starred Fred Gwynne as Frankenstein’s monster father figure Herman […]