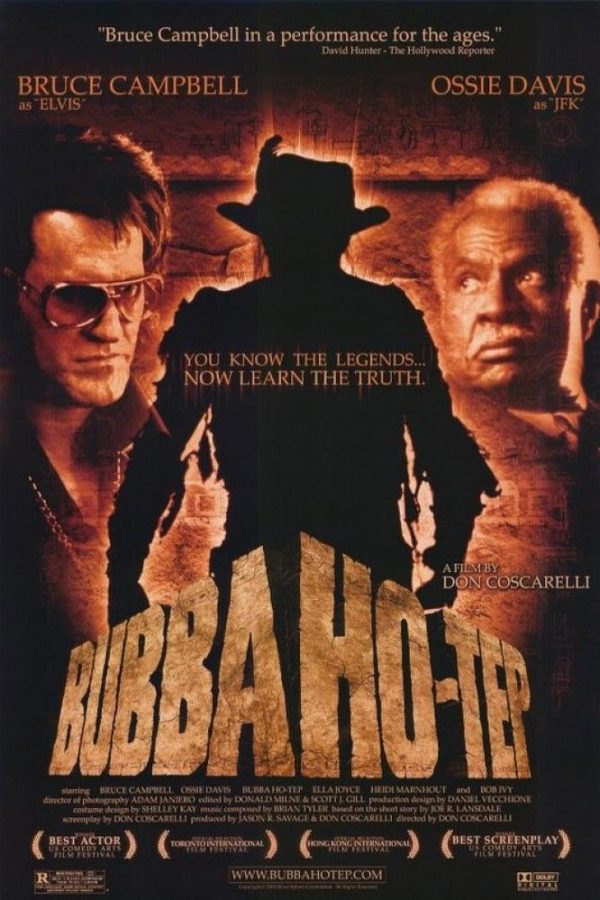 An elderly man in a nursing home, who insists that he is Elvis Presley, finds himself forced battle an evil undead mummy. 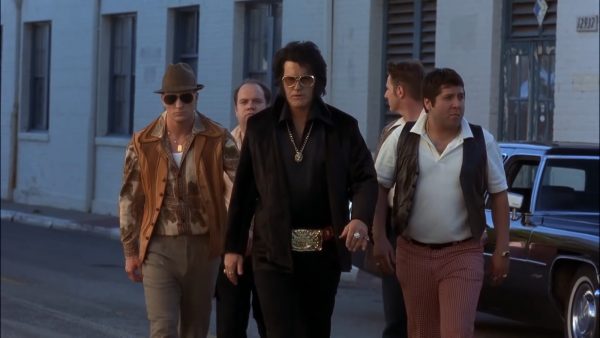 Elvis Presley. A man who, through his iconic voice and unmatched charisma, transcended fame itself to become an icon forever etched into our collective memories. This year saw Elvis being brought back to life via Baz Luhrmann’s smash hit biopic, with Austin Butler receiving widespread acclaim for his captivating performance as the King. Now, I want you to forget all that because we’re looking at Bubba Ho-Tep, a film in which the King of Rock and Roll fights a freaking mummy.

Taking on the mantle of The King is the B-Movie King, Bruce Campbell. Adopting the familiar Southern twang of Presley, Campbell portrays the role with his natural humour and wry charisma that perfectly melds with the Elvis persona. However, what Campbell adds to the performance is the sense of longing and melancholy of a man whose best years are long behind him, filled with regrets about his life, career and his family. While it partly boils down to a standard impression of Elvis and his various mannerisms, Campbell nails the part, creating a funny yet somewhat tragic protagonist who is easy to get behind. Plus, seeing Campbell in the iconic white jumpsuit and mimicking Elvis’s dance moves is always a joy. 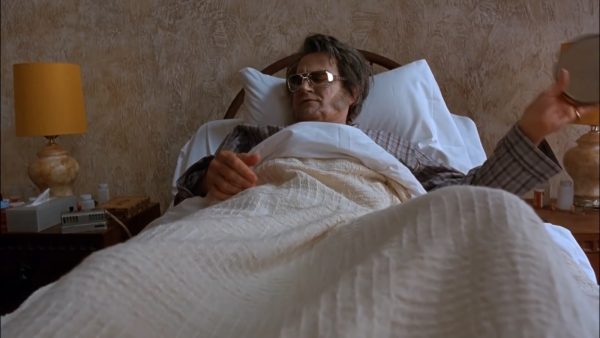 The late Ossie Davis gives strong support as Elvis’s fellow care home resident Jack, an elderly Black man who claims to be former President John F. Kennedy, who, after allegedly surviving his assassination, had his skin dyed. Davis, wisely, doesn’t attempt to mimic the distinct Kennedy accent and sticks with his natural voice, portraying the character with a straight face and never overplaying the role in an attempt to score a cheap laugh. Although, he does get one minor moment of silliness, such as his ecstatic descriptions of his affair with Marilyn Monroe.

The pair work well together, their earnest performances and warm chemistry making us sympathise with their plight as they attempt to battle an undead force of evil. However, the best moments are when they share small personal moments about themselves, lamenting the lives and the children they had to leave behind. 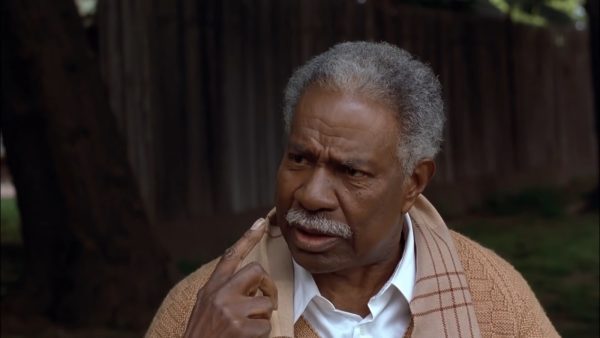 The story might be somewhat daft with its inclusion of a mummy terrorising a care home, and that’s because it is. However, Bubba Ho-Tep also, strangely, works as a humorous and often heartfelt look at what it means to grow old and at society’s often abysmal treatment of the elderly. The film is littered with scenes in which Elvis is forced to confront the patronising and demeaning way the care home staff treat him, particularly their mockery of his claims about his identity, merely dismissing them as the ramblings of a senile old man. This is when the film is at its best, acting as a surprisingly poignant character piece that, given that it also features Elvis and JFK fighting a mummy, makes its premise all the more absurd.

Where the film struggles is in how it balances its horror with the more dramatic elements, the mummy plot almost feeling like an afterthought, with much of the film being Elvis narrating about his life and his fears of his impending death. Or he’s lamenting about the state of his penis. There is a lot of talk about Elvis’s “pecker”, and while it might raise an immature smirk, it does get old fast. The mummy doesn’t even appear until nearly halfway through the 90-minute runtime, the encounters with it being relatively far and few between. However, we do, at least, get a decent climax in which we get the wonderful sight of Elvis and a freaking mummy beating the living shit out of each other. 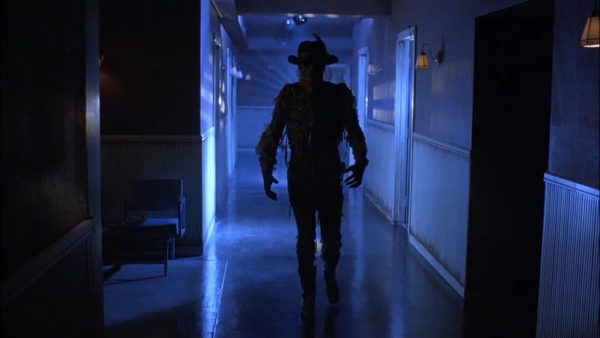 The humour is a mixed bag, with some jokes landing and others not quite managing it. The filmmakers opt for a more subdued approach to much of the comedy, letting the bizarre premise and occasional references to both Elvis and JFK’s lives do most of the comedic lifting. Perhaps the biggest issue with Bubba Ho-Tep is that its premise doesn’t exactly work as a feature film, with the runtime often feeling as if it’s straining to hit 90 minutes. This is compounded by a repetitive feeling that often gives the film the feel of a comedy sketch that’s been stretched out so far that the joke doesn’t so much wear thin as become invisible.

The direction from Don Coscarelli (director of Phantasm), is perfectly serviceable, but it sadly doesn’t quite possess the same ambitious style of his earlier cult classic. Again, it’s not terrible, and it does retain a low-budget B-movie charm to it, especially with the overgrown scarab beetles that regularly attack our heroes in a fun reminder of a similar scene in Phantasm, complete with some goofy effects. Although, Coscarelli can get carried away with his editing, including a sequence in which the mummy and Elvis engage a weird “mind-meld”, resulting in an over-edited montage of flashing imagery that might cause problems for viewers with photo-sensitive epilepsy. 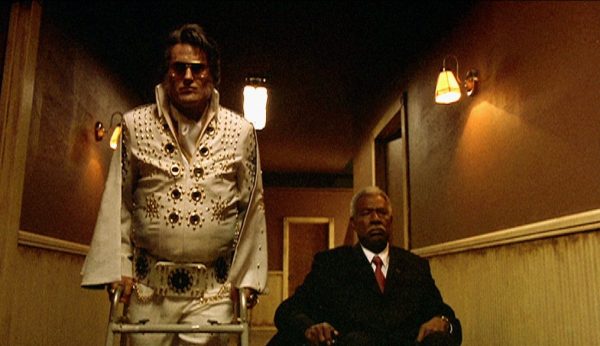 The film’s most glaring omission is that, despite Elvis being a lead character, none of his music appears. Although, given that the possible cost of using about 30 seconds of even one of the King’s songs would have likely taken up the whole of the film’s modest budget, this is forgivable. Still, I would have loved to see Bruce Campbell belt out “That’s All Right” or “Are You Lonesome Tonight?”. A man can dream, can’t he?

Bubba Ho-Tep is a film I’m deeply split on. On one hand, I loved the performances from Bruce Campbell and Ossie Davis, the pair imbuing their bizarre characters with an air of poignancy that elevates the material. I also appreciated the film’s themes about ageing and facing one’s own mortality, with it adding an element of pathos to what is an otherwise silly premise. However, the gags don’t always land, the story that feels like an over-long joke whose punchline never fully arrives, and the horror elements often feel like they’ve been thrown in at the last minute.

Overall, I just felt disappointed with Bubba Ho-Tep. I understand this film is a cult favourite with a following, and while I wish I could join in, I’m afraid this is another cult I’ll have to pass on.