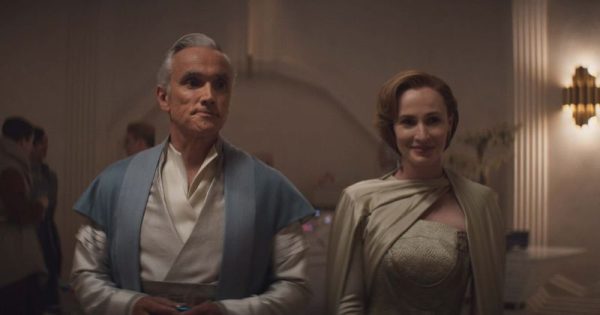 After a thrilling heist-focused episode last time around, Andor settles down in its seventh episode ‘Announcement’ as the aftermath of the Aldhani heist is felt both from within the rebels and the Empire. If more sedate, this episode maintains the forward momentum the series has been on for the past few episodes and shows the mini story arcs are a massive asset to the series.

It takes close to 20 minutes for our hero to appear in this episode, with much of the opening half focused on the political fallout of the heist and growing seeds of rebellion being sown across the galaxy. Genevieve O’Reilly’s Mon Mothma takes far more of a central role here, fleshing out her reasons for wanting to fight back against the Empire and some of the backdoors she has been using to gain funds and allies. 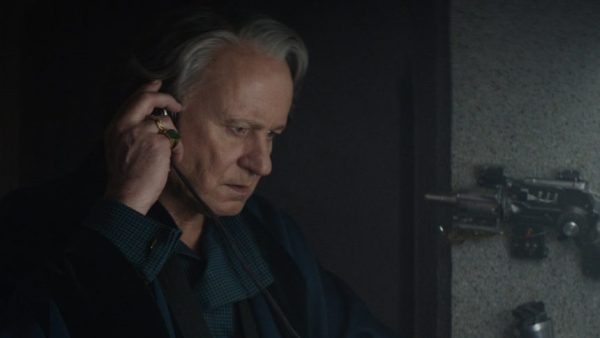 Stellan Skarsgård’s Luthen Rael is also afforded more of the limelight, showing how his way of rebelling differs from Mothma’s. The scenes of the pair facing off with one another are  exquisitely acted and capture the clear lack of organisation at this point, that we come to see in Rogue One and the original trilogy.

The longer length of this series means that we get a feel for who all our major players are and spreading the focus wider to both the Imperial and Rebel factions is one of the series’ key strong points. Seeing the full bureaucracy and politics of the Empire is thrilling in a new way for Star Wars, really capturing the desire to climb to the top and out do one another. Denise Gough, Ben-Bailey Smith and Anton Lesser especially feel completely at home in this universe and continue to show the Imperial machine as we’ve never seen it before. 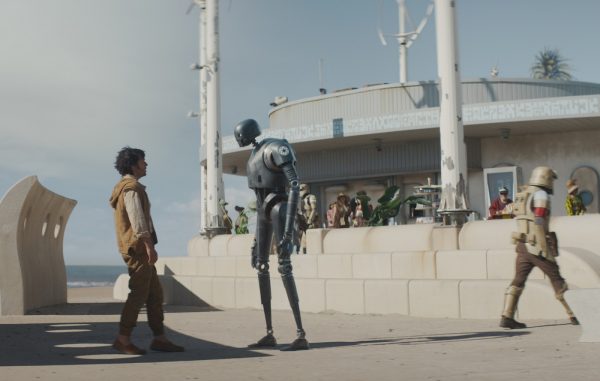 Indeed this episode is the first to fully feature the iconic stormtroopers, seven episodes into this twelve-episode first season, but this doesn’t feel like a weak point, in fact it is commendable how sparingly the series has used some of the franchises most iconic imagery to make their appearances more potent. This episode sees the arrival of an Imperial Star Destroyer on Aldhani; similarly to the TIE Fighters in previous episodes, this is full of menace and dread, showing the might and strength of the Empire.

This episode balances the moving parts of the series perfectly, capturing the growing sparks of rebellion and the Empire taking heed. Cassian’s storyline picks up in the second half with him returning to Ferrix to rescue Maarva. The episode’s climax leaves several questions to be answered next week and doubles down on the strength of the tightening Imperial grip.

‘Announcement’ is a more sprawling episode following last week’s focus on the Aldhani heist, and continues the show’s focus on mini storylines building on the past few weeks as it illustrates how wide the impact of the heist was for both sides. Andor continues to impress in its scope and writing and direction (here directed by The Crown veteran Benjamin Caron and written by Stephen Schiff of The Americans) and ‘Announcement’ retains much of the political and espionage themes of the previous episodes as we slowly head towards a wider conflict and get a sense of pieces being moved into place for the formation of a wider rebellion.