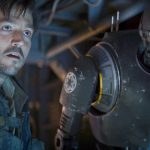 From the series’ first announcement, fans of Rogue One: A Star Wars Story’s K-2SO have been eager to see the character’s inclusion inclusion Star Wars: Andor. Sadly, the fan-favorite droid, voiced by Alan Tudyk, has not appeared in any marketing for the upcoming first season, and in an interview with The Hollywood Reporter head writer […] 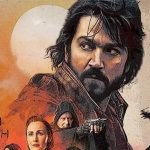 Of all the post-Disney takeover Star Wars content we’ve had, Star Wars: Rogue One seems to be the one universally loved product to emerge from the reshaping of a galaxy far far away, and so this release of an epic new trailer, poster (see below) and announcement that Star Wars: Andor will premiere with three […] 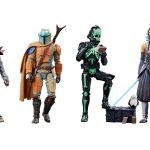 Comic-Con 2022 has been taking place over in San Diego this weekend, and as part of the festivities Hasbro has unveiled a huge batch of upcoming additions to its six-inch Star Wars: The Black Series lines including new figures from Star Wars: The Mandalorian, Star Wars: Book of Boba Fett, Star Wars: Andor, the upcoming […] 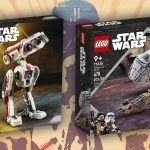 Earlier this week we got a look at LEGO’s upcoming tie-in sets for Star Wars: Obi-Wan Kenobi, and now as part of Star Wars Celebration The LEGO Group has now unveiled another two additions to the LEGO Star Wars theme with a buildable BD-1 droid from the hit videogame Star Wars Jedi: Fallen Order, and […] 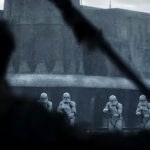 Disney and Lucasfilm have kicked off this weekend’s Star Wars Celebration Anaheim 2022 with the release of a brand new trailer for the upcoming Disney+ series Star Wars: Andor, the live-action Rogue One: A Star Wars Story prequel series centred around Diego Luna’s rebel spy Cassian Andor. As well as the trailer, showrunner Tony Gilroy […] 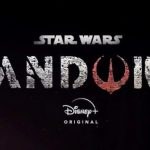 Although there is still no official release date for the Rogue One: A Star Wars Story prequel series Andor on Disney+, one of the cast members has accidentally revealed that the upcoming Star Wars series will be getting a second season. Talking to the Swedish news site Dagens Nyheter, Stellan Skarsgård revealed that Andor season two is currently scheduled to begin production later […] 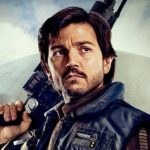 As fans await the next TV series from the galaxy far, far away, Rogue One: A Star Wars Story‘s Diego Luna has confirmed the Disney+ series Star Wars: Andor has not only wrapped filming, but will also see the return of “familiar faces” in the upcoming show. In a conversation with Deadline, Luna spoke a bit about Andor and […] 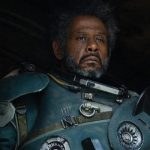 According to a recent report by The Playlist, Forest Whitaker will be reprising his role as Saw Gerrera for the upcoming Disney+ Rogue One: A Star Wars Story prequel series Star Wars: Andor. However, the news of Whitaker’s casting didn’t come from the actor himself, but from his now co-star Stellan Skarsgård (Chernobyl) who accidentally revealed […]

Deadline is reporting that Chernobyl and His Dark Materials actor Robert Emms has become the latest addition to the cast of Lucasfilm’s upcoming Disney+ series Star Wars: Andor. Details on Emms’ character are being kept under wraps, but he is said to have a supporting role in the series, which is based around Diego Luna’s Rogue […] 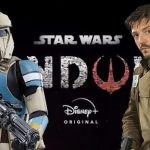 As filming on Lucasfilm’s Star Wars: Andor continues, some new photos have surfaced online from the UK set of the Disney+ series which feature a look at returning Rogue One: A Star Wars Story star Diego Luna as Rebel spy Cassian Andor along with a couple of Imperial Shoretroopers. Check them out here via Making […]