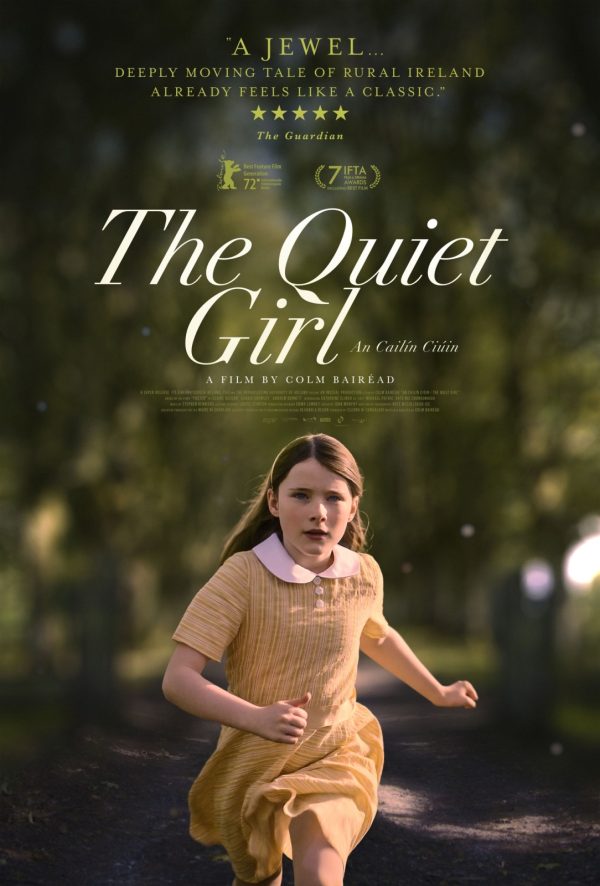 Rural Ireland 1981. A quiet, neglected girl is sent away from her dysfunctional family to live with foster parents for the summer. She blossoms in their care, but in this house where there are meant to be no secrets, she discovers one. 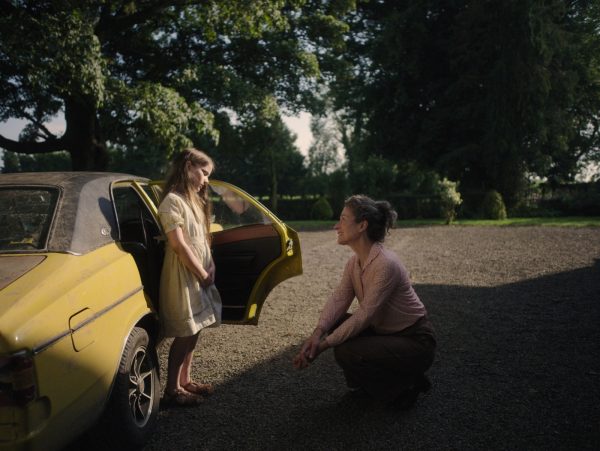 Neglected by her parents and facing bullying from every direction in 1980s Ireland, both of which cause The Quiet Girl protagonist, young Cáit (a brilliant performance of tenderness and vulnerability from Catherine Clinch), to freeze up more in social settings, prefer isolation, and conduct herself in startling shyness; life doesn’t seem too enjoyable for the titular quiet girl. Since her family is part of the problem, it’s not like coming home from school solves anything. If anything, her parents might be the worst of the bunch, yet they are expecting another child even though their methods of raising children are immediately questionable, not to mention they are struggling financially.

Aside from being the least favorite child, the parents also decide that their situation would be easier by temporarily dumping Cáit on the mom’s older cousin Eibhlín Cinnsealach (a beautifully warm and multilayered performance from Carrie Crowley) and her husband Seán (Andrew Bennett) for summer vacation. They live on a remote patch of land outside of town which instantaneously proves to be a nice change of pace for letting the girl herself. More importantly, Eibhlin is a much more patient, sweet-natured, and caring parental figure allowing Cáit that space to exist the way she is and giving words of encouragement rather than putting her down and making her feel dumb (something she clearly isn’t). Seán is less receptive to taking the girl in, somewhere between kind and emotionally cold. 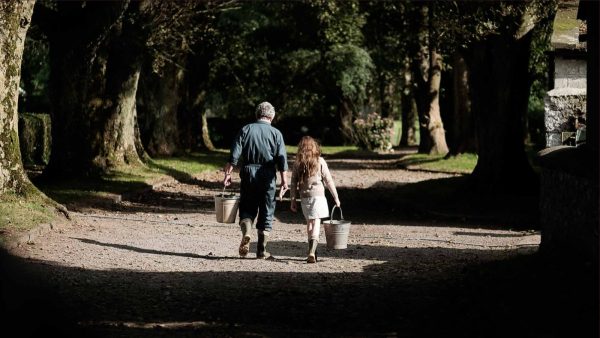 Based on Claire Keegan’s story Foster, writer/director Colm Bairéad also has more under the surface and a fairly larger reveal, albeit one most people will intentionally have figured out to an extent before it’s spilled out to Cáit. It’s a familiar twist, although one has typically seen in junky horror movies (and some legitimately moving ones), that nonetheless is emotionally absorbing, considering nearly every scene taps into the previous lives of these people and how having Cáit is affecting them. As more information comes to light, many smaller scenes are instantly recontextualized with a much deeper purpose, elevating the characterization of all involved.

Simply empathizing with and giving as much humanity as possible to characters will always overcome a narrative device that initially feels familiar. The Quiet Girl also refuses to beat some of these points over one’s head, allowing viewers to infer and pick up on certain aspects of the past through silence and studying facial expressions and the setting itself. It is most assuredly a film that isn’t locked into quietness from the perspective of this young girl but the bigger picture of what’s left unspoken. The film also deals with the necessity of truth and not hiding secrets to maintain a functioning and healthy family, which also comes into play. 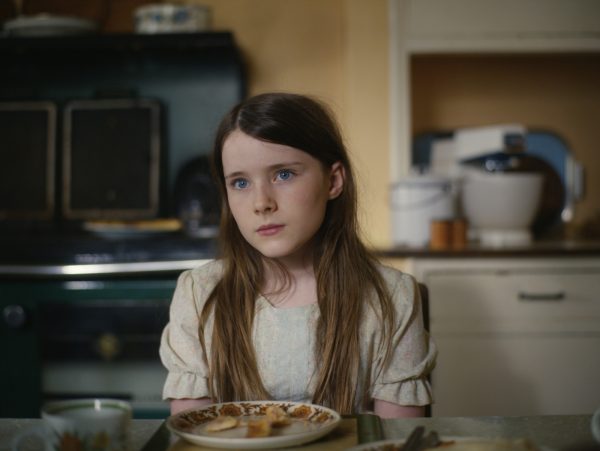 Beyond that, it’s utterly heartwarming and delightful watching Cáit sense acceptance from Eibhlín, but perhaps even more rewarding is her piecing together why Seán is so hesitant to open up to her or has moments of mild upset. Of course, this visit can’t last forever, which renders The Quiet Girl heartbreaking in itself but tenfold due to the rich character work. You come away wondering how one set of parents can be so cruel and hurting that Cáit must return, but hoping that the time spent away with actual loving guardians that give wisdom has been enough to bring a sense of newfound confidence back home. We hope they can be together again every summer going forward.