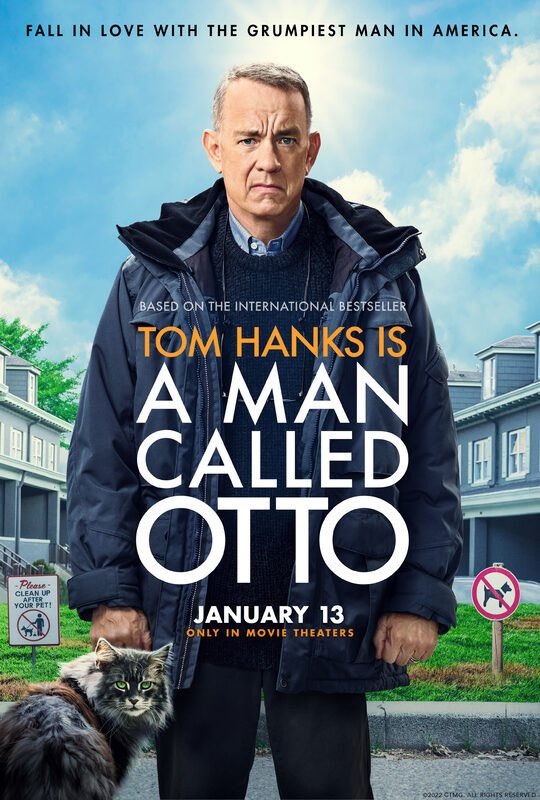 Otto is a grump who’s given up on life following the loss of his wife and wants to end it all. When a young family moves in nearby, he meets his match in quick-witted Marisol, leading to a friendship that will turn his world around. 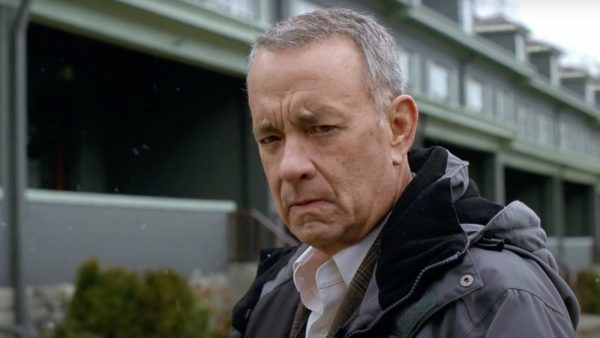 While A Man Called Otto is sincere and well-acted, there’s also not much here to justify the existence of this A Man Called Ove remake. Director Marc Forster (using a script from David Magee, adapting both the novel Hannes Holm’s Swedish adaptation) seems eager to lean into the sappy and sentimental aspects, somewhat stripping down some of the story’s quirkiness into one more palatable for a mainstream audience. If the presence of America’s dad Tom Hanks in the titular cantankerous lead role doesn’t drive home, the syrupy score from Thomas Newman will.

In defense of Tom Hanks, his curmudgeonly behavior as the grieving and suicidal Otto is amusing and comes from a place of authentic emotion, even if all the story beats stitched together ring as true is a Hallmark card since they are explored lacking considerable depth. The script also works best when it is operating in the realm of gallows humor; the opening scene sees Otto arguing with hardware store employees, including a manager roughly half his age that he summons like a Karen, over being charged an additional 30 cents for six feet of rope when he only requires five feet (the payment system is unable to accept information through feet, only yards). 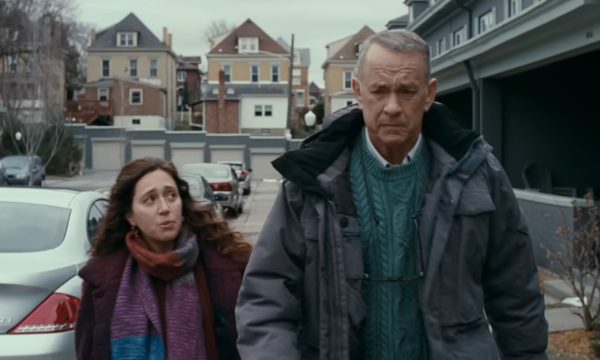 Of course, the rope is for hanging purposes. Otto routinely fails at killing himself, which is darkly comedic, even if the circumstances surrounding his depression are tragic and palpably sad. The point is that, at the very least, this Americanized remake has the guts to maintain some of that bleakness, including effectively handled tonal whiplash; following the rope snapping with Otto crashing face first to the floor, he notices a coupon for flowers, choosing to purchase some and visit the gravestone of his late wife, Sonya. There are flashbacks during these upsetting suicide attempts to Otto’s past, complete with a questionably rewritten meet-cute between him and Sonya, even if the performances from Truman Hanks and Rachel Keller are charming enough.

Otto’s tight-knit neighborhood community is populated with several people he deems idiots for typically requiring handyman assistance, not following simple rules, or generally annoying him. One such group is a new family moving in headed by Mariana Treviño’s sweet-natured and pregnant Marisol, introduced with her kind but dimwitted husband Tommy (Manuel Garcia-Rulfo), disastrously failing at parallel parking the car. Perhaps her homemade cooking, kindness, and sternness (whenever Otto feels like giving up) will thaw his heart which is currently frozen like the snowy surroundings. 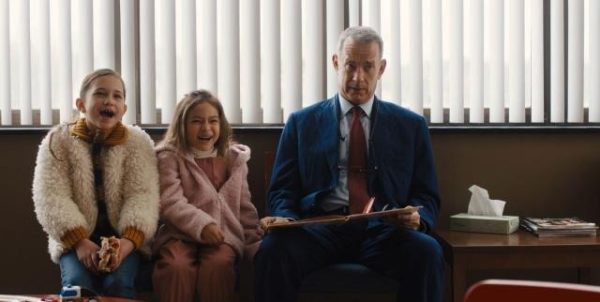 Through their interactions, Marisol quickly realizes that most of the time, Otto does not intend to be rude and is a blunt communicator. Likewise, the former engineer opens up to treating people of less intelligence with a little more compassion, realizing that as resourceful as he is, everyone relies on someone else for something, and it’s okay for those people to be aloof and airheaded, so long as they mean well.

Elsewhere is a former business associate, paralyzed and unable to speak, cared for by his wife. Some history between the two comes to light during flashbacks and exposition as Otto tries to help them maintain their home in the face of shady real estate types looking to replace them with condos. The blanks of Sonya’s death are also filled in, leading to a subplot that feels glossed over but nonetheless explains more about Otto. And rather than providing support to a young gay neighbor kicked out of his house by his father, in this version, Otto offers compassion and a room to a young trans man because if there’s one thing American remakes are good at, it’s updating stories for the times, but with half as much character detail. Case in point, Otto also goes viral after saving a life. Although, weirdly enough, that addition comes across as believable. if wholly unnecessary. 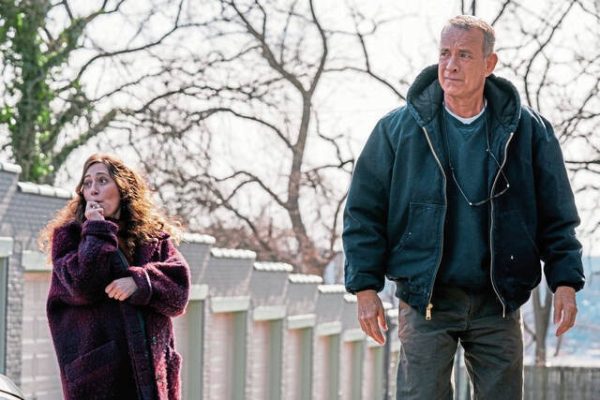 A Man Called Otto is essentially the same film as its Swedish counterpart, but more saccharine and mushy. It’s fine when allowing Tom Hanks to inhabit this grump with humor and search for layers, but more often than not gets bogged down with sentimentality and flashbacks. That’s a shame because Tom Hanks and Mariana Treviño have moving emotional chemistry, often undercut by the surrounding sappiness.

The movie is much like Otto’s heart defect, enlarged to a fault. But there are also worse things for a movie to have than too much heart. Call Ove instead, but if you truly can’t handle subtitles, Otto will be sufficient enough.