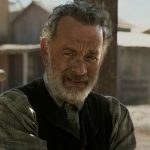 Tom Hanks is set to star in a comedy adaptation of Scandinavian hit A Man Called Ove for STX Films, with Quantum of Solace director Marc Forster calling the shots. According to Deadline the adaptation will be retitled A Man Called Otto and that joining Hanks in the cast will be Mariana Treviño (Overboard), Rachel […]