In the last days of WWII, Germany, desperate for any last grasp to defeat the Allied powers, formed together the German Navy and the last remaining U-Boats for one last mission, to attack the United States Homeland. 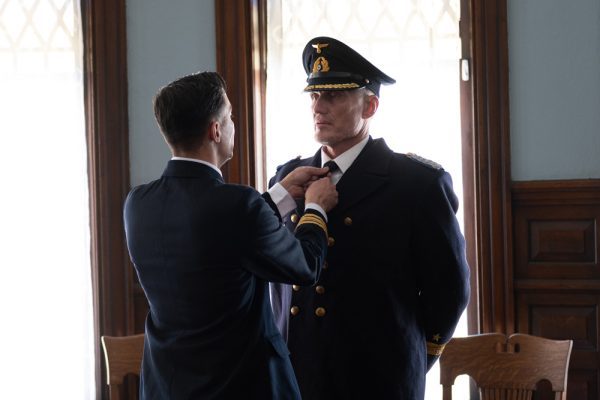 It seems like forever since I last saw a new Dolph Lundgren film (Castle Falls back around Christmas). Given the regularity with which he’s been pumping out material, that seems surprising. Still, here we are, in October and the big Swede is back in Operation Seawolf, reteaming with War Pigs producer Steven Luke (who also writes and directs this time). Lundgren has recently appeared in Section Eight (Christian Sesma), which I’ve yet to see, so it’s a double Dolph hit this Autumn.

When you delve into the world of star-powered straight-to-video genre films you’re inevitably first greeted by the poster art which promises said star(s) will be the principal actors in the movie. It’s become a classic ruse over the years, where the actuality is, for all manner of reasons (usually cost), those stars only appear briefly, spread thinly throughout the picture. As a DTV aficionado (and writer) I’ve learnt in time to take the poster and credit placements with a pinch of salt, but pleasingly I’ll get the most positive aspect of Operation Seawolf out of the way first: Dolph Lundgren’s part is, if anything, undersold. He’s given the on-screen “and” credit, suggesting the odd walk-on, line delivery and 20-minute disappearance in between, but no, Dolph is front and centre, he’s the lead character and warrants not only top billing due to his star power but also his contribution to the picture.

Lundgren stars as Hans Kessler a German U-boat commander long past his best days at the tail end of WWII. He’s summoned for one last mission, to lead an underwater attack on New York. The Americans get wind of the impending attack and it’s down to Commander Ingram (Frank Grillo) to orchestrate the defensive plan from his war room office. 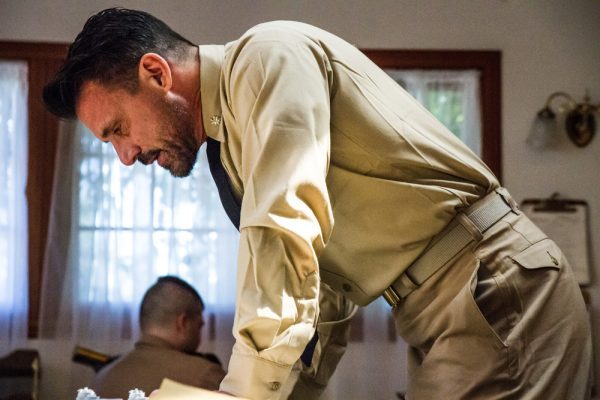 If Lundgren’s role is surprisingly hefty of screentime, then you might think Grillo represents the atypical tease. He’s used ‘carefully’ shall we say, only appearing in two rooms with usually a couple of lines here and there, but still feels prominent enough to warrant a poster placement and it not feel like an adherence to movie marketing bait and switch. So right off the bat, kudos to the Seawolf crew for making as much use as possible of the star talent (who inevitably provide the most gravitas here) as the undoubtedly limited time on set would have afforded them (Grillo particularly).

Fans of U-boat-based WWII drama will probably enjoy much of Operation Seawolf. It’s by no means perfect, occasionally wearing its budget on its sleeve (by the time you fork out for the aforementioned Lundgren and Grillo to gas the film, you’re left with fumes for everything else) but certainly has the sincerity to pull it through the lithe run time. 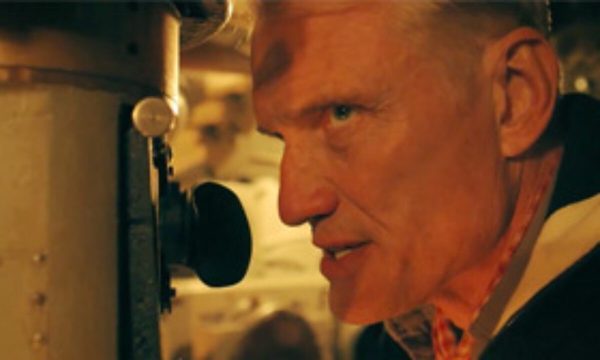 Lundgren’s character is the most interesting in the film. He’s a broken-down warhorse still haunted by a prior U-boat mission in his younger days when he watched his commander go down with the ship. He reluctantly sets forth on the mission, never quite sure just what he’s there for but driven by a sense of foreboding destiny. He’s not there for Hitler or politics. He wants to fulfil his last mission and goes forth in a slightly fatalistic fashion.

Initially not enamoured with his new crew, he slowly begins to feel a weight of responsibility for their lives. Now it’s not merely Han’s on a suicide mission, he has the lives of others to think of, growing closer to Lt Reinhart (Andrew Stecker). Grillo meanwhile has less to chew on beyond that atypical Commander role, but he’s as committed as you’d expect from the prolific Grillo. 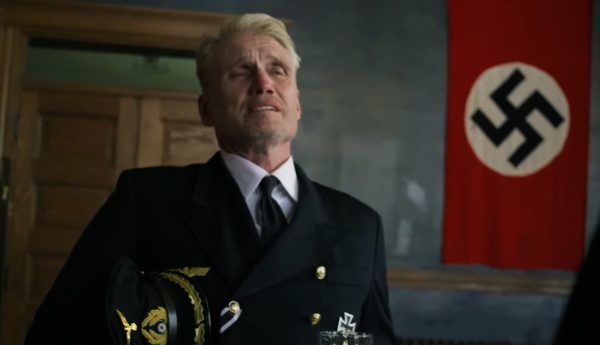 The film is hit with a little inconsistency throughout. Some might find it odd to have a Germany versus US war film where our attention and engagement are supposed to err with the Germans. Though it gives us a different perspective than usual (not that we haven’t seen plenty of American-made War cinema focused on a German perspective), it might alienate some viewers who may prefer another entrant into American WWII heroism.

It’s either going to be a blessing or a curse, but the latter are a dime a dozen. Being the other side of the fence, in a film not based directly on any particular story but feeling conceivable, at least gives this an interesting differential. A reason it may feel like it leans more heavily to the German side is also down to the fact the more rounded characters and interesting drama comes from within the German sub, particularly via the arcs of Kessler and Reinhart. 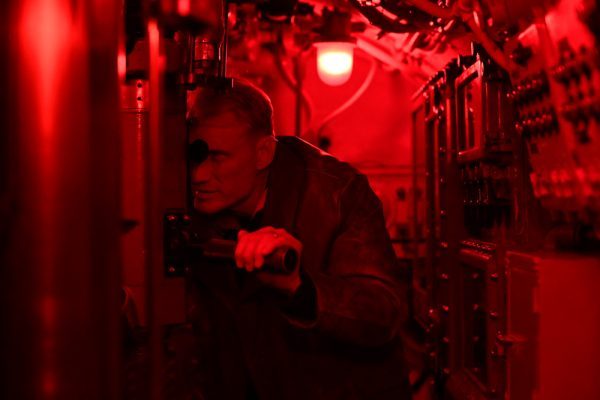 From a technical standpoint, the film has moments which feel rushed compared to others. Inevitably on such tight shoots (I’d guess this was sub 3 weeks to shoot, pickups notwithstanding), some scenes feel like they got a shot ASAP and moved on. The sub-interior sequences look the most filmic throughout the picture, with a sepia tone that gives it some texture and combines well with those cramped interiors filled with pipes and ship-guts. Sea sequences above water, particularly at night, tinged with blue also bring the frame to life effectively, but most of the office interiors feel a little flat and dour. You get a sense Grillo’s scenes, though he nails them like a consummate pro, were probably fired out at 100mph.

The visual effects can often hamper films at this budget level but they’re pretty solid. Well above average. The action sequences themselves could have been done with a little more kineticism (U-boat crews seem to stand on the spot a lot on still handheld shots)  and some zip in the editing. A couple of the sequences didn’t quite hit as they should have (notably a somewhat limp finale). That said, a film already clocking 87 minutes probably had very little room to trim a half second here and there through the set pieces. It adds up and if you have no time for added filler you cross a line so easy to cross when a short feature becomes just a little too short. That said, I think there’s a tighter 80-minute film within this. Throughout, the score by Alex Kharlamov injects plenty of bombast which definitely benefits the film. 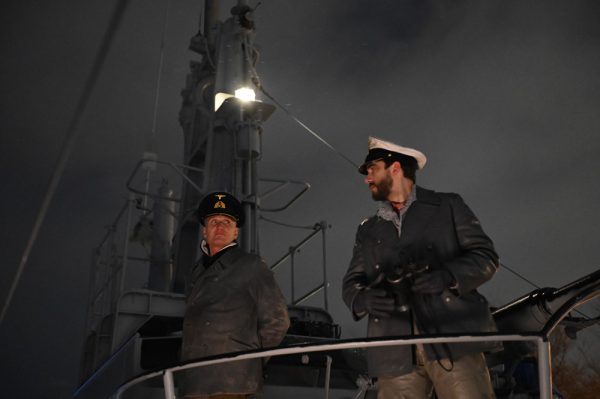 Director Steven Luke has become a specialist at producing War films on tight budgets, and as he grows into the process the films inevitably improve. Some things at this budget level are inescapable, others avoidable, it’s overcoming the latter more with each movie which shows progression. Additionally, Luke gets Lundgren engaged, delivering a sincere performance which ultimately pulls the viewer along until the end.

Much like the aforementioned War Pigs (which Luke produced), this just lacked a big final moment. A money shot of some kind to cap off the crescendo, which is particularly sad given there are a couple of impressive VFX shots in the penultimate set pieces (of Operation Seawolf) which matched at the end would have given it more punch. However, on a tight schedule and without a massive budget, Luke has put a film together with no shortage of engagingly claustrophobic drama (any aspiring filmmakers would also be prudent to check out Luke’s podcast appearance on Indie Film Hustle a couple of years ago). 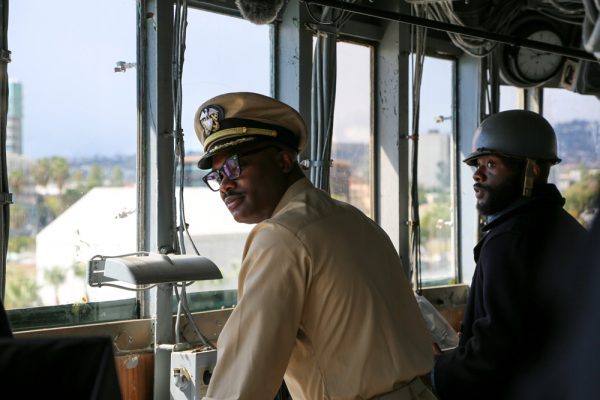 Overall, Operation Seawolf provides a solid war film that ventures away from the usual point of view, giving us a complicated protagonist who Lundgren provides a weary gravitas. The sequences outside of the German submarine feel a little superfluous but some decent visual effects shots and a rousing score add enough sparkle to give this one just under 90 minutes of your time. It’s perfect Tubi fare.

Tom Jolliffe is an award-winning screenwriter and passionate cinephile. He has a number of films out on DVD/VOD around the world and several releases due out in 2022/2023, including, Renegades (Lee Majors, Danny Trejo, Michael Pare, Tiny Lister, Nick Moran, Patsy Kensit, Ian Ogilvy and Billy Murray), Crackdown, When Darkness Falls and War of The Worlds: The Attack (Vincent Regan). Find more info at the best personal site you’ll ever see here.