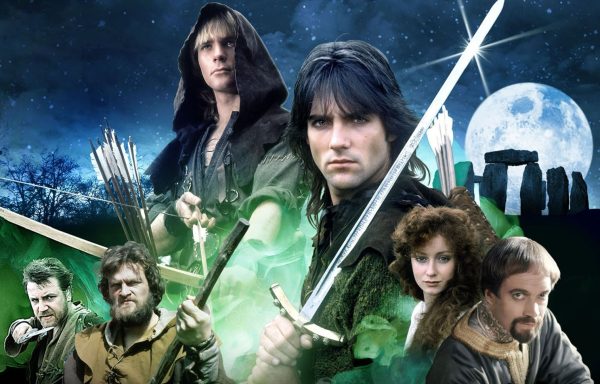 Robin Hood has always been a property that Hollywood and its ilk have struggled to adapt. Even when it came to the small screen, any television show that centered on this mythical hooded-man, yielded mostly mixed to middling results. However, there is this one exception, which not only has had a profound impact on the Robin Hood mythos, but on modern pop-culture as well, and that is none other than Robin of Sherwood.

Created by Richard Carpenter, the series was a collaborative production between HTV and Goldcrest Films, and ran from 28th April 1984 to 28th June 1986, on the ITV network in UK. Across the Pond, in the USA it was televised on Showtime and picked up by PBS later on. 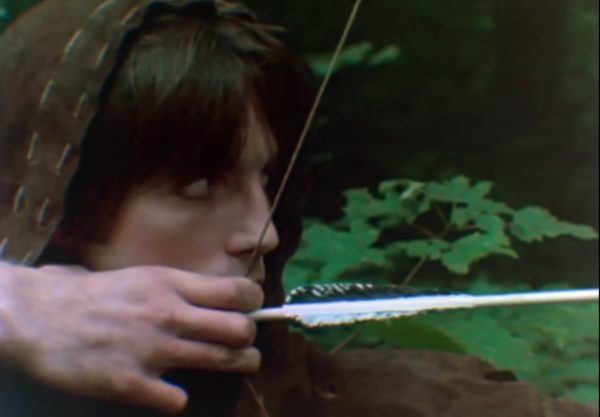 Carpenter, who had previously been involved in period drama TV series like Dick Turpin and Smuggler, had always wanted to take a stab at adapting Robin Hood for the small screen and he had this to say during a behind-the-scenes interview:

“I’ve always been deeply interested in the Robin Hood story, it’s one of the first books I owned as a child and probably one of the first stories that most children read. And the thing that really attracted me to Robin Hood is its connection to nature, the woodlands and the old pre-Christian religions of England. I think he’s an amalgam of true stories and made-up stories. And the idea of the rebel, the man-on-his-own, has always been throughout history and legend, appealing to the anarchist in all of us and that’s what fascinated me most, about the character.” 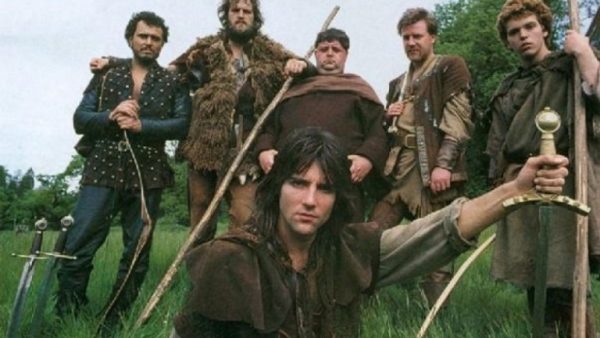 Unlike erstwhile adaptations and retellings of the legend, Robin of Sherwood possessed a gritty aesthetic which relied heavily on mood and atmospherics. Carpenter’s decision to infuse the show with real-life history, pagan myth and literary fiction elements, was a stroke of brilliance that had a tremendous impact on the production. But incorporating all these disparate elements came with a hefty price-tag., as each episode of Robin of Sherwood cost around £500,000 to film.

“There are only a few subjects, out there, that continually fascinate foreign audiences in my experience and the Robin Hood legend is one of them. This show is an attempt at retelling that enduring tale for the 1980s and it stands that. We are putting a lot of effort and money to the production and it takes a subject as strong as Robin Hood to make it all worthwhile,” elaborated producer Paul Knight, who’d worked with Carpenter on Dick Turpin and Smuggler previously. 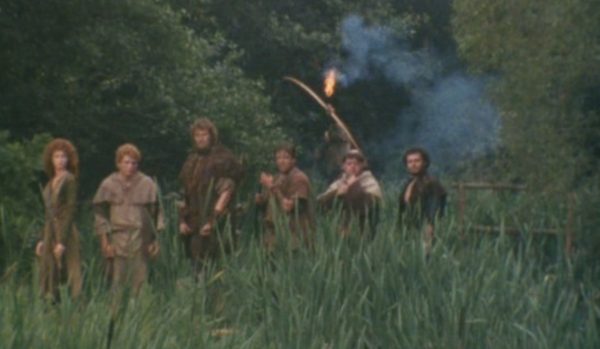 Filming began in 1983, shot entirely on location, in and around Bristol and the adjacent counties. Blaise Castle Estate of North Bristol and Vassals Park to the south served as the primary locations, with some forest scenes being shot on Bradford-on-Avon. But even the most exquisite production designs or meticulously crafted story beats, would be wasted if the right casting wasn’t accomplished at the very outset of production.

Thankfully, the casting of the actors for Robin of Sherwood was simply pitch-perfect and much of the show’s enduring success can be attributed to this sublime group of performers who are, without a doubt, the heart and soul of this iconic series. Michael Praed, then an up-and-coming actor, got his lucky break when he was spotted by the casting director of Robin of Sherwood during the West End theater production of The Pirates of Penzance. His dashing, otherworldly looks and undeniable screen presence made him the ideal candidate for the titular character. 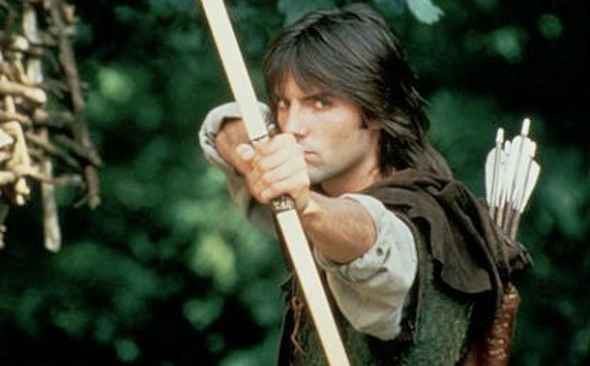 “We were looking for someone with a fey quality or sort of a woodland quality, and Paul (Knight) suggested that we go see Michael Praed, who was playing a part in The Pirates of Penzance with Tim Curry. I warmed to him immediately and thought he embodied all the qualities I was looking for in my version of Robin Hood,” spoke Carpenter of his decision to cast Praed as the lead. Praed went on to play the hooded-man, for two seasons before he was killed off and replaced by Jason Connery.

As various accounts of the Robin Hood legend over the years have put their own spin to the mix, describing the character as either a lowly villager or an upper-class nobleman, Carpenter capitalized on it by delivering two versions of the enigmatic figure which embodied both personas. A genius move which worked brilliantly and was weaved into the narrative fabric artfully. 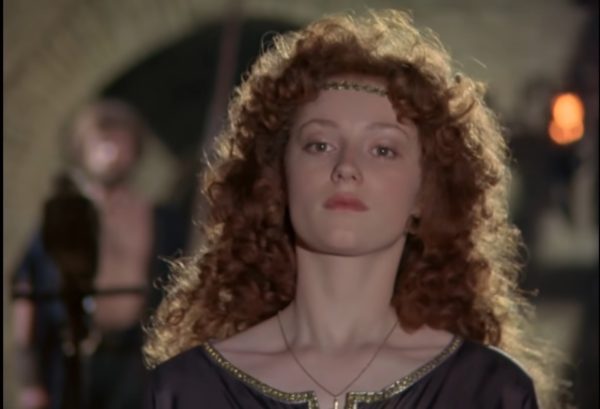 The effervescent Judie Trott too, breathed life to a different iteration of the Lady Marian character. No longer reduced to some damsel-in-distress, the vivacious red-haired Trott brought in a sense of steely determination and resolve, which allowed for her Marian to hold her own against the male dominated cast of the show, with ease.

In keeping with the gritty aesthetic of the show Carpenter’s band of ‘Merry Men’ were anything but merry nor wore green tights, like in their previous adaptations. With this in mind, the likes of Ray Winstone and Clive Mantle were added to the supporting cast to play Will Scarlet and Little John. 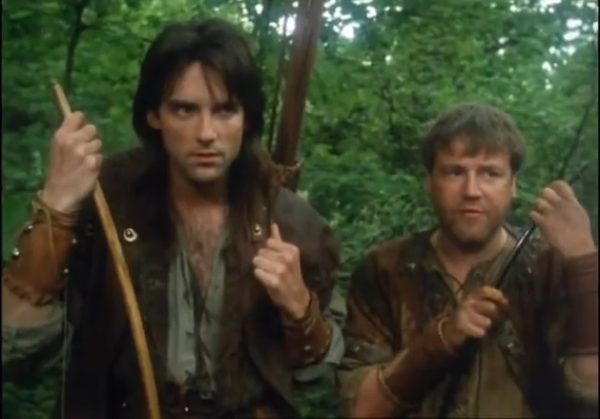 Winstone who’s made himself a career over the years, playing ‘hard man’ type roles in television, stage and film, imbued a raw, visceral energy to the gang of outlaws featured in Robin of Sherwood as the hot-headed Will Scarlet. Even Mantle’s mild-mannered yet physically imposing Little John wasn’t one to be trifled with. However, great moments of levity were to be found courtesy of Peter Llewellyn Williams and Phil Rose who embodied the roles of Much and Friar Tuck respectively.

One of the greatest additions to the Robin Hood mythos by Carpenter was the introduction of Nasir the Saracen. A former assassin who carried out the dark bidding of the devil-worshipping Baron de Belleme, Nasir later sees the error of his ways and joins Sherwood’s most wanted at the end of the two-part episode Robin Hood and the Sorcerer. 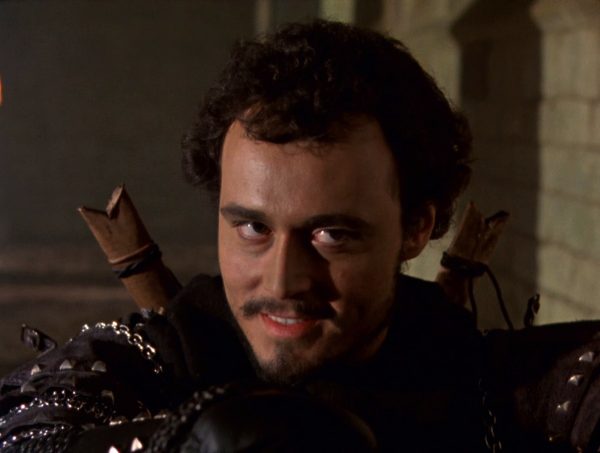 Written to be a cameo at first, Mark Ryan’s Nasir proved to be a bonafide hit with audiences and so became a staple of the series until its conclusion. The character was deemed so important that the concept was even carried over to later productions such as 1991’s Robin Hood: Prince of Thieves and even the 2006 Robin Hood TV series.

While Carpenter introduced many new elements with Robin of Sherwood, he also didn’t lose sight of the more traditional aspects of the age-old-tale such as the 12th Century setting, and having his primary protagonist continuously butt heads with Nicholas Grace’s ill-tempered Sherriff of Nottingham and Robert Addie’s bumbling Guy of Gisborne. The period setting also afforded Carpenter the opportunity to tackle interesting socio-political themes of that era, and show audiences how little have changed even with the passage of time. 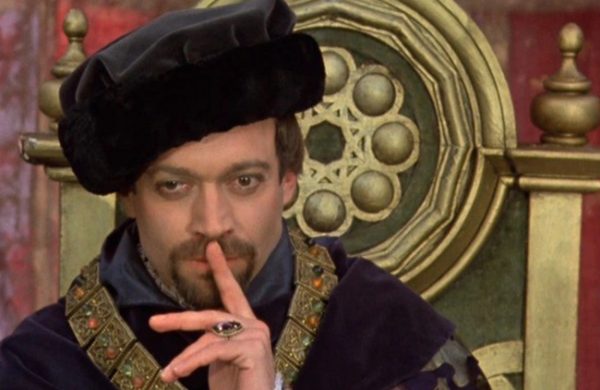 Yet another notable aspect of Robin of Sherwood, that made it a cut above the rest, was the score churned out by Clannad. The Irish band which first gained recognition for their musical contribution for the 1982 British mini-series Harry’s Game, was hired by Carpenter and Knight to craft a unique soundtrack for their latest retelling of the legend. And the talented bunch rose to the challenge beautifully, creating some truly memorable piece of music that have since become synonymous with the Robin Hood character. The soundtrack released in 1984 went on to garner the BAFTA award for Best Original Television Music the same year, further cementing the show’s iconic status.

Like many great TV shows Robin of Sherwood too had the misfortune of ending quite abruptly. This was primarily because of financial woes brought on by Goldcrest pulling out of the venture, due to a downturn in fortunes of their film arm. HTV unable to finance the project on their own, pulled the plug and thus the show came to an unexpected end with season three. Fans the world over were shocked and dismayed by this development, but they were all left with no choice but to embrace the inevitable. 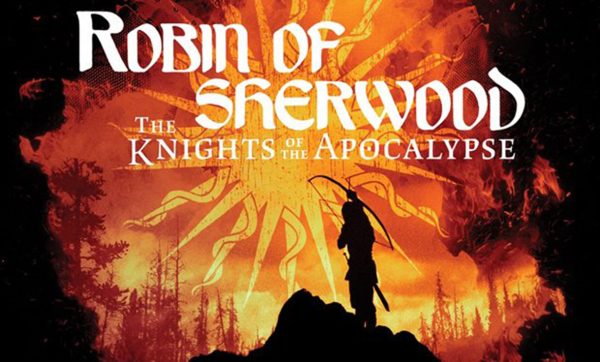 Thirty years later however, the main cast reunited to record an audio drama adaptation of one of Carpenter’s unfilmed scripts. Titled The Knights of the Apocalypse, this crowdfunded effort brought some degree of closure to the show and tied up loose ends that were left unresolved.

In the end, Robin of Sherwood still remains the quintessential take on the Robin Hood legend. Unforgettable, irreplaceable and a legend that will continue to live on in the hearts and minds of fans. Nothing is forgotten. Nothing is ever forgotten.