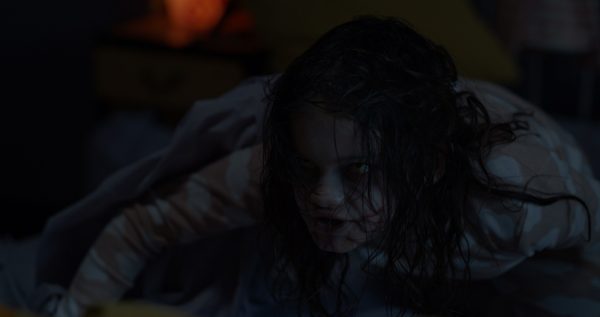 Shudder has released  a trailer, poster and images for writer-director Emily Hagins’ horror-comedy Sorry About the Demon.

The film follows Will, a brokenhearted man looking for a new place after being dumped by his girlfriend. After he is offered a huge house at low rent, he soon discovers the deal had a catch when he is haunted by a sacrifice-seeking demon residing there. Check out the trailer below… After being dumped by his girlfriend Amy, broken hearted Will is offered a massive house at a very low rent. What’s the catch? The restless spirit haunting the place needs a human sacrifice and the prior owners must find one or else their young daughter is toast. So, Will must figure out how to make things right with his ex-girlfriend AND banish the sacrifice-seeking demon residing in his house.

Sorry About the Demon premieres on Shudder on January 19th.