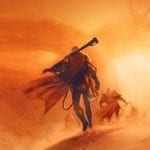 Ahead of the release of Denis Villeneuve’s (Blade Runner 2049) upcoming Dune adaptation, Warner Media has greenlit a spinoff series for their streaming platform. According to The Hollywood Reporter, the series will be produced by Dune cowriter Jon Spaihts along with Brian Herbert and focus on an enigmatic order of women called the Bene Gesserit […]