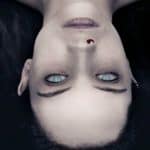 Hasitha Fernando with a selection of horrors from the past decade that you may have missed… Horror films are a dime-a-dozen, but really good ones? Now that’s a rare commodity. As always some of these good horror films have a tendency of flying under the radar of audiences due to them being indie-films with limited […] 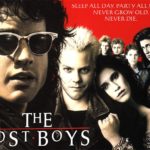 In readiness for Halloween, Tom Jolliffe takes a look at the essential Vampire films… With that thing coming up that takes place on the last day in October. You know the one? Yeah, candy sales go through the roof, your house gets egged and toilet papered. Meanwhile you sacrifice a chicken over a Ouji board […]

A new poster and trailer have arrived online for the UK release of director Ana Lily Amirpour’s highly-acclaimed vampire film, A Girl Walks Home Alone At Night. The film, which premiered at the 2014 Sundance Film Festival, is set in Iran and tells the story of a blood-thirsty vampire (Sheila Vand), known as The Girl, […]