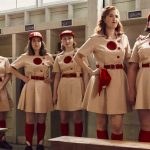 It’s the trailer equivalent of first base, but Amazon have released a brief teaser for their forthcoming reboot of Penny Marshall’s wonderful 1992 comedy A League of Their Own. Created by Abbi Jacobson (Disenchantment‘s Bean) and Will Graham, the eight-episode series is set to batter up this August. Set to the sound of Stevie Nicks’ […] 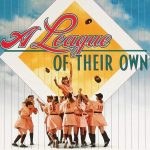 Amazon’s adaptation of the 1992 sports comedy movie A League of Their Own will see a full series as Variety reports that the streamer has greenlit the show for a full season. The series sees Broad City alum Abbi Jacobson co-creating and executive producing alongside Will Graham. Jacobson will star with Chanté Adams, D’Arcy Carden, […] 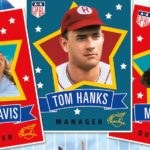 1992’s baseball comedy-drama A League of Their Own looks set to become the latest movie to receive a small screen adaptation, with THR reporting that Will Graham (Mozart in the Jungle) and Abbi Jacobson (Broad City) are writing and executive producing a TV series for Amazon. Intended as a half-hour comedy series, the project is […]