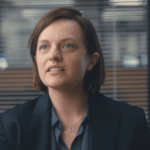 Earlier this week it was announced that Golden Globe and Emmy Award-winner Elisabeth Moss has signed on to reunite with her Queen of Earth director Alex Ross Perry for Her Smell, and now comes word that The Handmaid’s Tale star has booked another big screen role. Variety is reporting that Moss will portray Rosemary Kennedy, […]