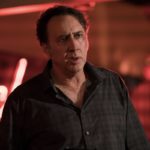 Lionsgate has released a trailer for the home entertainment release of A Score to Settle. The action thriller stars Nicolas Cage as Frankie Carver, who is diagnosed with a fatal condition after serving almost two decades in prison and plots revenge against the gang who wronged him; check it out below, along with the poster […] 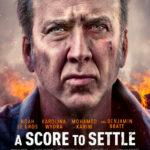 Ahead of its release next month, a poster and trailer have arrived online for the upcoming action thriller A Score to Settle which stars Nicolas Cage as a man recently released from prison, who after being diagnosed with a fatal condition, looks to make amends with his son while seeking revenge against the mob bosses […]

Nicolas Cage has a new action thriller on the way called A Score To Settle. Directed by Beautiful Boy’s Shawn Ku, the film will see Cage as a mob enforcer exacting vengeance on the people who put him in jail and is being produced by Lee Clay and Eric Gozlan. Cage plays Frank, a mob enforcer who […]