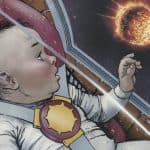 Calum Petrie reviews Second Coming: Only Begotten Son #1… Do you know the origins of Superman? I would hope you do if you are reading a comic book review, and Second Coming starts off like the beginnings of the Man of Steel. The only difference is that instead of a wise and technologically advanced species, […] 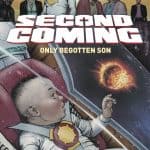 Ahoy Comics is set to launch Second Coming: Only Begotten Son, the second season of the controversial comic book series from writer Mark Russell and artists Richard Pace and Leonard Kirk, this coming Wednesday, and we’ve got the official preview of the first issue for you here… “The world’s most dangerous comic book and the […] 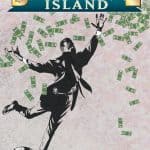 Ahead of its collected trade paperback release in bookstores next week, we have an exclusive preview of Mark Russell and Steve Pugh’s Billionaire Island featuring the entire first issue of the acclaimed series; check it out here…   Collecting the savage satire reuniting the critically acclaimed team behind DC’s The Flintstones—writer Mark Russell (SECOND COMING) […] 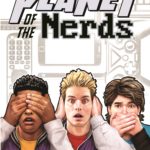 AHOY Comics launches its new series Planet of the Nerds next week, paying homage to classic teen movies of the 1980s like Revenge of the Nerds, Real Genius, Weird Science and Back to the Future albeit with a modern twist; check out a preview of the first issue here… Three high school jocks in the […] 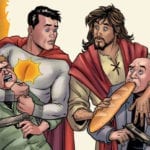 Having been dropped by DC Comics prior to publication, the controversial comic book series Second Coming – which sees Jesus Christ teaming up with the world’s great superhero to continue his Holy Mission and clean up mankind – has been picked up for publication by AHOY Comics. Second Coming is created by New York Times bestselling […]