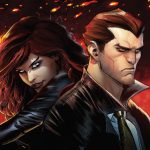 Marvel Television and Hulu have not only announced the first season of Marvel’s Helstrom will run for ten episodes, but they have also revealed the cast for the upcoming show. As per Deadline, Marvel has announced the casting of the two titular siblings for the series, with Tom Austen (The Royals) playing Daimon Helstrom and Sydney […]