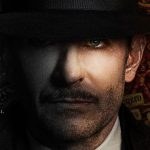 Per Variety, Guillermo del Toro’s upcoming adaptation of Nightmare Alley has found a new composer as Alexandre Desplat has departed the project due to scheduling conflicts. According to the outlet, del Toro’s latest feature film will now be composed by Knives Out and Looper composer Nathan Johnson. Desplat has been a recent collaborator with del Toro after he scored the […] Having been replaced on Rogue One: A Star Wars Story by Michael Giacchino due to scheduling conflicts, Alexandre Desplat has now lined up his next project, with Luc Besson taking to Twitter to reveal that Desplat will be scoring his upcoming sci-fi epic Valerian and the City of a Thousand Planets… Alexandre Desplat had to […]

It looks like the extensive reshoots on Rogue One: A Star Wars Story has led to scheduling conflicts for composer Alexandre Desplat, with The Hollywood Reporter revealing that the Oscar-winner is no longer available to score the film. Stepping in as Desplat’s replacement is another Academy Award-winner in Michael Giacchino, who has worked extensively with […]

Last week Lucasfilm announced the title of Gareth Edwards’ upcoming Star Wars movie to be Star Wars: Rogue One, and it seems that the first standalone Star Wars film will also be the first not to include music by John Williams, as Alexandre Desplat has revealed that he’s signed on to compose the score. The […]