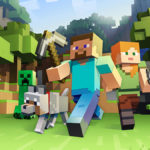 The movie adaptation of Minecraft is getting a new writer to pen the script for the upcoming Warner Bros. project. According to The Hollywood Reporter, Allison Schroeder, who was nominated for an Oscar for co-writing Hidden Figures, has been tapped to write the latest screenplay with producers Roy Lee, Jon Berg and game developer Mojang looking to rework […] 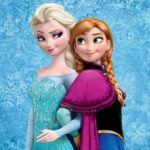 Ewan McGregor will be heading to the 100 Acre Wood, with The Hollywood Reporter revealing that he has entered talks to star in Disney’s Christopher Robin as the title character from the Winnie the Pooh stories. The film will see McGregor as an adult Christopher Robin who who toils as a businessman and prioritizes work above his wife and […]

Alex Moreland chats with screenwriter Allison Schroeder about Hidden Figures, her upcoming projects, and more… Hi Allison! Hi! Congratulations on the various award nominations you’ve received for the film. Thank you, it’s pretty bananas. How does it feel that the film has achieved such high levels of acclaim? It’s incredible, and definitely a little bit […]