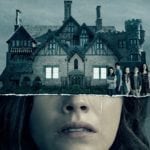 Red Stewart chats with The Newton Brothers on The Haunting of Hill House… Andy Grush and Taylor Stewart are American composers who have been working in the film and television industries under the name The Newton Brothers since the late-2000s. They are best known for scoring Oculus, Extinction, and the Netflix series The Haunting of Hill House. Flickering […]