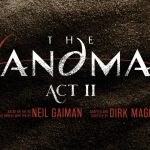 The CW has added two familiar DC Comics characters to the cast of the upcoming Arrow/Flash spin-off, with Ciara Renee (Law & Order: SVU) set to play Kendra Saunders, a.k.a. Hawkgirl, and Arthur Darvill (Doctor Who) signing on as Rip Hunter. The character description for Kendra Saunders describes her as “a young woman who is […]