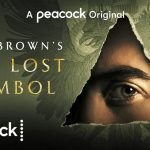 Ahead of its premiere this September, a new poster and trailer have arrived online for Peacock’s upcoming drama series Dan Brown’s The Lost Symbol. Based on author Brown’s bestselling thriller novel of the same name and serving as a prequel to The Da Vinci Code, the film stars Ashley Zuckerman as a young Robert Langdon […] 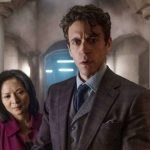 Peacock has released the first trailer for Dan Brown’s The Lost Symbol, the upcoming drama series based on the author’s novel of the same name and serves as a prequel to The Da Vinci Code, following a young Robert Langdon (Ashley Zuckerman) as he races to solve a series of deadly puzzles to save his […]