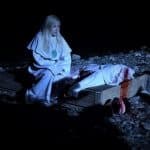 Epic Pictures and Dread have shared a poster and trailer for the upcoming horror Sacrifice. Written and directed by Andy Collier and Toor Mian and starring genre legend Barbara Crampton (Re-Animator), the film follows an American couple who become drawn into a sinister cult while visiting a remote Norwegian island; take a look at the […] 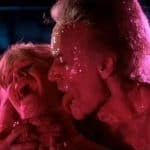 From Beyond, 1986. Directed by Stuart Gordon. Starring Jeffrey Combs, Barbara Crampton, Ken Foree and Ted Sorel. SYNOPSIS: After taking a look at cult horror-comedy Re-Animator not too long ago, it’s time for another trip into the weird and wacky world of horror writer HP Lovecraft. Whereas Re-Animator dealt with a familiar story of a […] 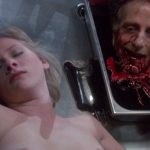 Re-Animator, 1985. Directed by Stuart Gordon. Starring Jeffrey Combs, Bruce Abbot, Barbara Crampton, David Gale and Robert Sampson. SYNOPSIS: Herbert West, an eccentric but brilliant medical student, arrives at a new campus to embark upon a groundbreaking experiment; to re-animate the dead. HP Lovecraft, while never managing to achieve much success during his lifetime, is […] 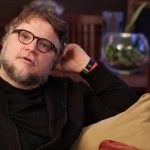 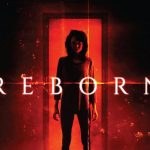 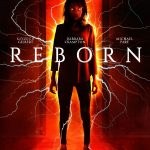 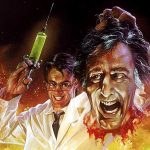 Tom Jolliffe double bills Re-Animator and From Beyond in honour of the late great Stuart Gordon… With sad news that another legend of film has departed this mortal coil, it seems apt to pay tribute to a horror icon. Stuart Gordon was known for a number of classic horror and sci-fi films. Fans have long […] 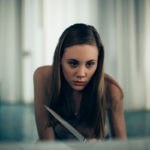 Ahead of its U.S. release this October, Uncork’d Entertainment has unveiled a trailer, poster and images have arrived online for writer-director Norbert Keil’s body horror Replace, which stars Rebecca Forsythe as Kira, a young woman suffering from a dermatological disease who discovers she can replace her skin with other women’s; take a look here… Afflicted […] 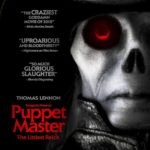 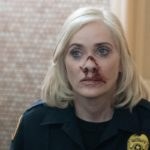 Coinciding with its UK theatrical release, Flickering Myth’s Tom Beasley sat down with horror legend Barbara Crampton (Re-Animator, Chopping Mall, You’re Next) to discuss her latest film, the Puppet Master reboot Puppet Master: The Littlest Reich. Check out the interview below in this extract from The Pick of the Flicks Podcast… SEE ALSO: Read our […]