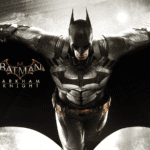 Since 2016, Rocksteady Studios – the company behind the hugely successful Batman: Arkham video game series – has been slaving away in secret on a new title, with rumours surfacing every few months that the developer is turning its attention from The Dark Knight to the Man of Steel. Back in December, Rocksteady co-founder Sefton Hill dismissed […]