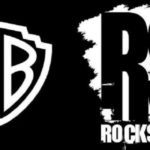 Rocksteady Studios has built up quite the reputation for itself over the years thanks to their work on the hit Batman: Arkham video game series. There’s been a lot of anticipation for what their next project will be and with E3 around the corner many hoped to see Rocksteady at the game convention, but sadly they will […]

Although Rocksteady had decided to call it a day on the series with Batman: Arkham Knight, it’s been unclear as to whether Warner Bros. would be planning any further entries in the Arkham franchise, such as the prequel Batman: Arkham Origins, which was developed by WB Games Montreal. Well, if you were hoping to pay another […]

There’s little doubt that Batman: Arkham Knight is one of the most-anticipated video games of 2015, and as we count down to its release in June a new behind-the-scenes video featurette from stunt coordinator Philip Silvera explores the work of Blur Studio and director Tim Miller (helmer of the upcoming Deadpool movie) in realising the […]

It’s still a while off sadly, but images and info continue to creep out regarding Batman: Arkham Knight. The titular villain has made his way onto the front cover of this month’s EDGE magazine, and he looks kitted out… Rocksteady maintain that we won’t find an old character under that cool looking mask, but I […]

DC Comics has announced that it will kick off an “in-continuity” prequel story to Rocksteady and Warner Bros.’ hotly-anticipated video game Batman: Arkham Knight in Februrary with a digital-first comic book series from writer Peter J. Tomasiand artists Viktor Bogdanovic and Art Thibert. Here’s a look at the cover to Batman: Arkham Knight #1 from […]

Warner Bros. has released the third and final instalment in its series of Ace Chemicals Infiltration trailers for Batman: Arkham Knight; watch part one and part two, and check out the new trailer below… In the explosive finale to the Arkham series, Batman faces the ultimate threat against the city he is sworn to protect. The Scarecrow […]

Following on from the footage revealed last week Rocksteady have released the second of their three planned trailers showing off the last in the Arkham series, Batman: Arkham Knight. The second trailer follows on directly from the first and you check it out below. Be warned though. If you don’t like guns on the Batmobile you might […]

Though there has been plenty of buzz around his TV (Gotham, sort of) and film (Batman v Superman: Dawn of Justice) exploits, it’s been pretty quiet on the video game front. Batman: Arkham Knight isn’t out until mid 2015, but Rocksteady have released the first of three new game play videos to whet our appetites […]