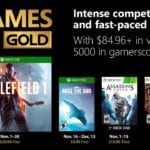 Microsoft has announced the line up for November’s Games With Gold and subscribers are set to receive some great games.  If you’ve not yet taken advantage of October’s offerings then there’s still a couple more days. Kicking off November on Xbox One is Electronic Arts’ hit first person shooter, Battlefield 1.  Set in the period of […] 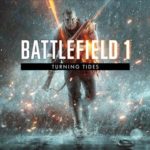 Though Battlefield 1 only came out a few weeks ago, EA has just announced that they won’t be making a sequel anytime soon, breaking the yearly release cycle of the first-person shooter franchise. Instead, EA will put its focus towards the next Star Wars: Battlefront game, expected to be released sometime in Fall 2017. The next Battlefield game will then be “a […]

Coinciding with its release today, EA has debuted a launch trailer for Battlefield 1, the new World War I-set first-person shooter from DICE; check it out here… SEE ALSO: Watch Battlefield 1’s single player prologue in 12 minute gameplay video You look into the distance and see planes torn apart by gunfire, their debris raining […]

EA has released a new gameplay video for Battlefield 1, which features a playthrough of the game’s single player prologue, ‘Storm of Steel’. Check it out here… SEE ALSO: Watch the single player campaign trailer for Battlefield 1 You look into the distance and see planes torn apart by gunfire, their debris raining down over […]

There’s just over three weeks to go before EA unleashes Battlefield 1, and while we’ve seen plenty of the multiplayer (including the open beta), the single player mode has been pretty much kept under wraps. Well, that’s now changed as we’ve got a brand new trailer for the World War I shooter, which focuses on the game’s […]

Battlefield 1 Open Beta went live today for Battlefield Insider Members (if you’re not a member you should be) but tomorrow (31st August) it becomes open to all.  To help you on your way there’s a short video below put together by Villordsutch which gives you a brief look at what to expect. This latest release […]

Electronic Arts have unveiled their Gamescom trailer for the next installment of the Battlefield franchise, Battlefield 1.  This latest trailer showcases the brutal gameplay that takes place when infantry, cavalry, tanks and warplanes get together. The trailer also showcases the dynamic weather featured in the game with the arrival of a sandstorm to the battlefield and the […]

Electronic Arts and DICE have released a brand new trailer for their upcoming first person shooter Battlefield 1, which shows off some of the new vehicles in the game. Although many vehicles and war machines will appear in Battlefield 1, developers at DICE have focused on two of the great military vehicles born during the […]