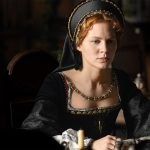 Starz has released a poster and trailer for Becoming Elizabeth, the historical drama which explores the untold story of the early life of Elizabeth Tudor, played by Alicia von Rittberg, as she becomes embroiled in the politics of the English court following the death of her father King Henry VIII; take a look here… Long […]