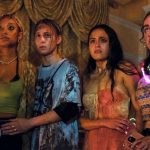 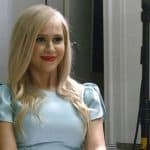 Maria Bakalova has already stolen Borat Subsequent Moviefilm from underneath the moustache of its star, in the process been nominated for an Academy Award for Best Supporting Actress, and signed on to appear in Judd Apatow’s Netflix lockdown comedy Bubble, and now she has continued the meteoric rise by joining A24’s slasher film Bodies, Bodies, […]