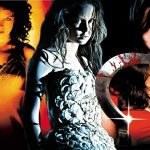 EJ Moreno with six forgotten horror movie sequels you never need to watch… A sequel doesn’t necessarily equate to bad. As much as Film Twitter will tell you that franchisees are the end of cinema, there’s some value in a good sequel or sequels if you’re so lucky. But there’s no denying that there are […]