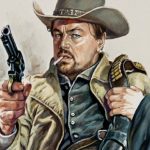 Back in July, Quentin Tarantino revealed that during development on Once Upon a Time in Hollywood, he’d written five scripts for Bounty Law, the faux Western TV show starring Leonardo DiCaprio’s Rick Dalton as Jake Cahill, and now the filmmaker has revealed to Deadline that he intends on shooting the episodes as its own TV […] 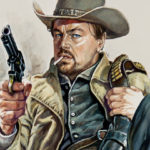 Although Quentin Tarantino appears to be coming towards the end of his career as a filmmaker, the director intending on calling it a day after 10 movies, it seems he plans on filling his time with a variety of non-feature film projects, including a potential TV series spin off from Once Upon a Time in […]