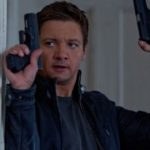 Director Justin Lin has provided an update for the Bourne sequel film starring Jeremy Renner. It’s been quite some time since The Bourne Legacy hit cinemas but according to the director of the spinoff’s proposed sequel, the film is in fact still in development. However, its prospects don’t sound tremendously promising. Boarding the project back […]