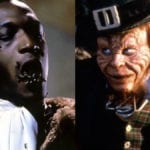 During an interview with Dread Central, horror icon Tony Todd has confirmed the rumours that he was approached about the prospect of a crossover between the Candyman and Leprechaun franchises in an effort to capitalise on the success of another horror pairing in Freddy vs. Jason, only for Todd to shoot down the idea. “This […]